Switzerland is considered to be one of the most stable economies in the world, even in such a volatile world, and this key aspect also applies to the market for natural stone in the country. The variations in demand tend to be rather limited when compared to other countries.

Till 2017, for example, there was a shortage of apartment buildings, mainly in metropolitan areas, the main reason being high immigration in recent years, mostly from German professionals, attracted by the higher salaries prevailing in the country. Office building construction, however, seems to have reached a peak and may even be going down as the banking system, facing the full force of advances in digital technology, are now becoming smaller in size. The residential segment of construction, where natural stone has always been popular, is increasing, and construction seems to be especially dynamic in the areas around the lakes of Geneva and Zurich, and also in the city of Basel. In general, demand is more buoyant in the bigger cities of Switzerland. 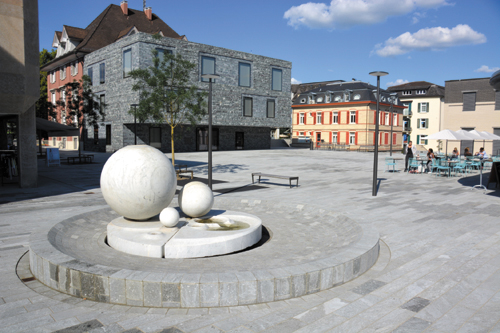 Swiss stones continue to be popular in the market. Gneiss, for example, Sandstone and Jurassic limestone. German limestone, being similar to the Swiss but cheaper, are among the more popular. Some local quarries have closed down, high labour costs and environmental issues, being the main reason. Granite and other stones from various countries from all over the world are often imported through Italy, and very frequently the end buyer does not even know from where the stone comes from. In recent years, paving stones from Portugal and also from Spain, have been imported in growing quantities. There is also some import from Poland and China. Marble remains popular, especially in the high end residential construction segment. The colours that are most popular continue to be black, white and grey, this preference has not changed much over the years.

For some years now various stone companies have started working with artificial “stones” such as quartz composite products or ceramic, they are being offered in the market as being “more fashionable”. The names given to many artificial stones are the same as the natural stones, so buyers sometimes do not realize the difference. 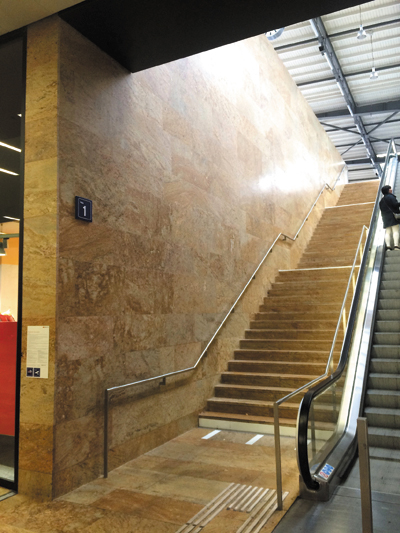 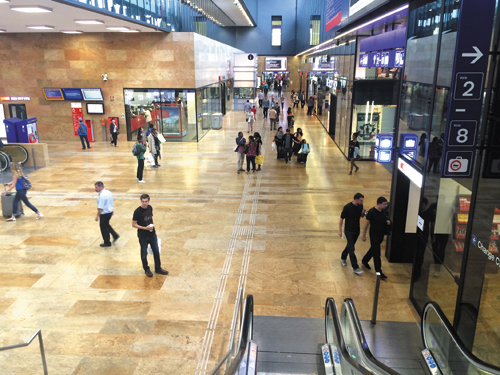 The image of natural stone continues to be of being a premium product, but this very positive image has also somewhat declined because the buyers also say that natural stone can be somewhat ‘problematic’. Working women tend to be looking for more utilitarian arguments such as less maintenance.

The market share of natural stone in a stable but buoyant environment, in any case, is not increasing, perhaps when there is a slowdown in demand in the future, the decline may become more noticeable.

The Swiss stone industry employs between 2000 to 3000 people, but there are no exact statistics. In total there are about 200 companies in the industry, most are small in size. Around a dozen companies have anywhere between 40 to 80 employees. About 50 companies can be considered direct importers, others buy the semi-finished and finished stone through them. The companies specialised in gravestones tend to be tiny in size, mostly employing only 1 to 3 people. The biggest problem in the industry is the difficulty in finding qualified people since young people, in general, are resistant to working in the natural stone industry.

Overall, Switzerland continues to be as it always has been – almost boringly stable. Surely many countries in the world would envy this.