For most of the natural stone industry Cataluña is usually considered a market and few people even within the industry think of it as a significant stone producing centre or one which has its own local stones. A visitor to the elegant city of Barcelona is immediately conscious of the widespread use of a wide variety of natural stone in all kinds of applications, be they wall claddings, interiors, or public squares. But yes, there is a local industry too and there are actually some local stones with possibilities not only in the local market but also in the wider world. We mean stone quarried in Cataluña (and mostly elaborated in Cataluña) but sold for all kinds of different applications in countries within the European Union, the United States or the Gulf countries. This article highlights the significant industry of Catalonia stone.

The Catalan stone extraction industry, one soon discovers, is located in three principal areas, in Ulldecona (Tarragona), in the areas around Vinaixa (Lérida), and San Vicente de Castellet (Barcelona).

The Ulldecona stone is also popularly known as the Cenia stone and there a total of six quarries of the material that are functioning. The material is a limestone. The material has been extracted since over a hundred years ago but the whole process has been mechanised only in the last 25-30 years.

The material comes in different tonalities (in the photographs the two extreme tonalities can be observed). The blue variety /Cenia Azul) has now a big demand. 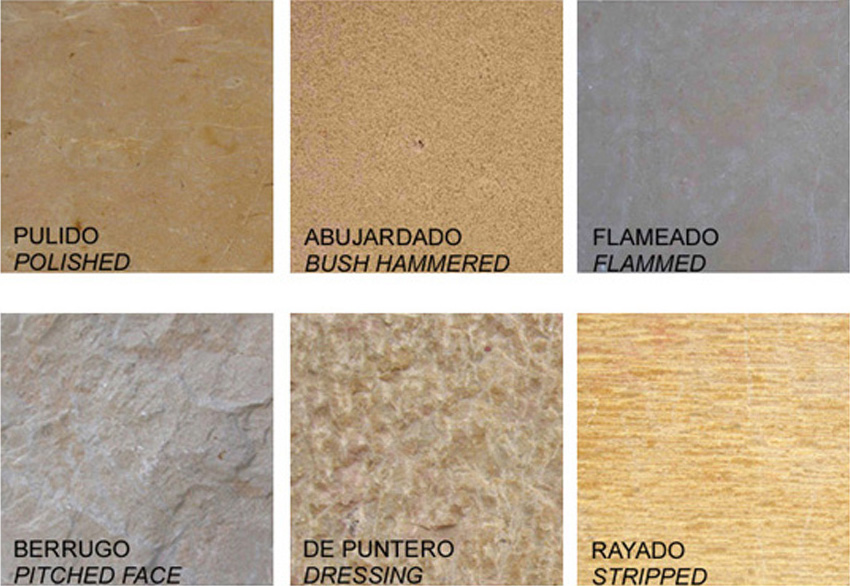 The material is usually finished in the flamed, bush hammered, honed, aged and sanded version or just sawed. The polished version is also employed. More than 80 % is basically used in exteriors for wall coverings, floorings, etc. and in public works like pavers etc. The rustic finish is increasingly in demand.

Besides the Spanish market the four companies have managed to sell the Ulldecona stone in France, Belgium, Germany, Italy, USA, Lebanon and in Japan. The fact the stone is similar to the French stones like Buxiy and Hauteville, and is very competitive in price, has obviously been of great help in opening new markets, especially the French one. More than 30% of the production is used outside Spain.

The quarries are located in the province of Lérida in different areas such as Juneda, Omellons, Floresta, Espluga, Calva. There are about 6 quarries of the material. The quarries tend to be small and currently do not last for more than two or three years. The combined production capacity of all the quarries is estimated to be approximately 1500-2000 cubic metres per month. The total number of people employed among all the companies dealing with the stone is around 100. The working of the stone in an industrial way began about 20 to 25 years ago though the stone has been extracted for more than a hundred years. In fact, some of the youngsters in the local companies belong to the fourth generation. The companies who extract and elaborate the stone are GERMANS BALAGUE, INCOMARSA, PIEDRA NATURAL RUBIO, PEDRERES SAEZ, PEDRES MAGAMI, PEVIARF and PIEDRA MORAGUES.

The material tends to be fairly uniform, without veins.

The material cannot be flamed and the main finishes employed are sawed, honed, bush hammered, aged, and the rustic finish. It is widely used in exteriors in wall claddings, pavements and staircases and has become very popular in the last few years in the north east of Spain.

The stone´s principal market is north Spain but is also sold in the rest of Spain and is exported both in slabs and cut to size to France, Italy and East and Central European countries and also as far away as Argentina, Australia and Japan.

The third important stone found in Cataluña is known as the San Vicente stone, the quarries of which are located in the area of San Vicente de Castellet in the province of Barcelona and this material is composed of calcium carbonate with quantities of silicon and magnesium carbonate. This area can be considered the heart of the stone sector in Cataluña, there are also several warehouses located nearby which supply stone to the hundreds of marble shops located in Cataluña. 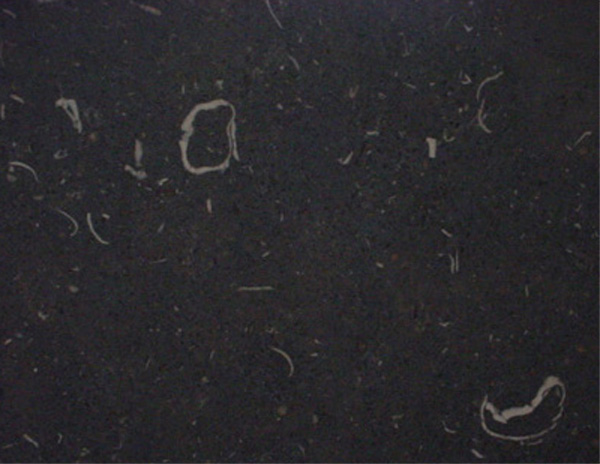 There are five quarries of this limestone with a total production capacity estimated at around 15000 to 20000 cubic metres per year: As in other areas the industrial exploitation of the limestone has taken place only in the last twenty years. Some of the companies working with this stone are CANTERAS VALSAN, CASA VICA, HERMANOS MORATONAS e I. SISTRIVA.

The normal finish is the honed, and brushed, and also polished and sawed. Depending on the quarry the material is sometimes offered in the flamed finish version. The colour of the stone is practically uniform, what may vary is the polish on the surface. The stone from quarries which have a high level of carbon cannot be polished.

The polished finish is offered for interiors, the other finishes tend to be for exteriors.

This stone has been used in all of Spain, and also in France and the Benelux countries. The stone is similar to a Belgian limestone called PETIT GRANIT the companies exploiting this stone have seen their sales efforts made easier as a result in these markets. 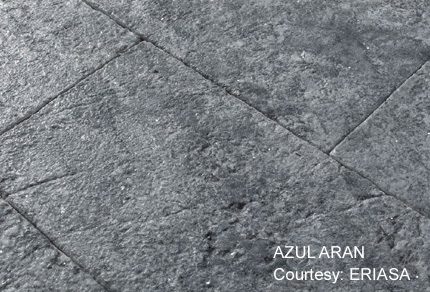 The only granite quarry found in Cataluña, it is located in the valley of Arán in Les, the province of Lérida, apart from a quarry of Orrius. The owners of the quarry are the Italian companies Bagnara and Marmi e Travertino. As with most granites all finishes are possible, though the finished and flamed ones are the most popular. It is a bluish rock with big grains. Because of the relatively high price its main application is in interiors though exterior wall coverings have also been done.

Apart from the above mentioned stones there are also others, though extracted in smaller quantities. Below we mention some of them.

Sandstone San Vicente is available in small quantities in the area of San Vicente. This stone is basically sold in the sawed and bush hammered finish.

There is a red sandstone in El Figaro (Barcelona).

There is a green sandstone found in Folguerolas (Barcelona). It is of a green-bluish colour, used in exterior decoration and which can be supplied in flamed and polished finish. There are 3 quarries.

There is basalt to be found in Castellfollit in the province of Gerona.

Another stone from Gerona is known as the Bañolas stone.

There is another stone called Llicorella stone found in Ayguafreda in the province of Barcelona used in pavements. The texture is rustic and the colours can be grey and blue. It is manufactured in irregular slabs of 3-4 cm thickness.

There is a black slate to be found in small quantities in Montseny. Also a limestone in white colour is to be found there.