The stone industry in Norway

When you come out of the Sandefjord Torp airport, a few kilometres away from the city of Larvik, in Norway, during the long days in the month of June, the sun is spectacularly blue. You get the feeling that nature is hinting something to you clearly- that the stones from Norway are basically blue.
In fact 90 % of the stone production in the country is of different varieties of blue granite (the natives confirm that in winter the stones do not change colour to white or grey!). The other varieties, accounting for the remaining 10 %, basically consist of mostly black and grey slate, the quarries of which are located in the centre and the north of the country. This report, therefore, essentially focuses on the granite quarries in the Larvik area, about 120 km south of Oslo, the capital of the country.

There are various varieties of blue on offer- and the quarries are simply spectacular. There are 3 quarrying companies, and one company dominates the market with a 75% market share- Lundhs AS. The other two are Larvik Granite and Saga Pearl. Extraction began in the 1960s of the quarries which are estimated by geologists to have been formed 270 million years ago. The current extraction level in the country is estimated to be around 75000 cubic metres per year. 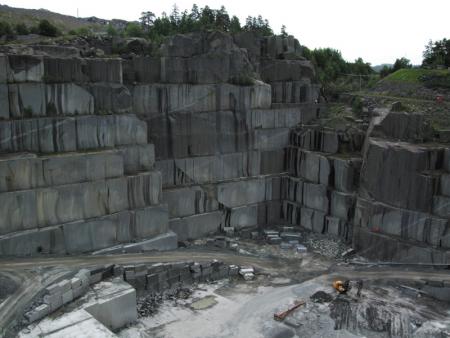 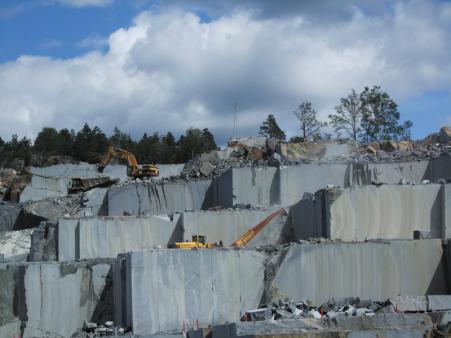 Production never stops even in winter when minimum temperatures can go down to –20ºC. The very high cost of labour and different inputs in Norway and other Nordic countries means that extraction machinery is more modern and the process is more capital intensive than in other countries. Explosives are almost never used. Use of hand drilling machines is a rarity. There is a constant pressure to increase efficiency in production in the quarries, and thus extraction is concentrated more on areas of higher margin material. The problem in quarrying is water-not the lack of it, as in some other parts of the world, but the fact that water freezes in the cold winter. Water heaters are thus used in the quarries.
The Norwegians are lucky in the sense that blue coloured stones occupy the premium segment in the world market. The Lundhs Emerald and Lundhs Blue command premium prices in the world market.

Some granites from Norway 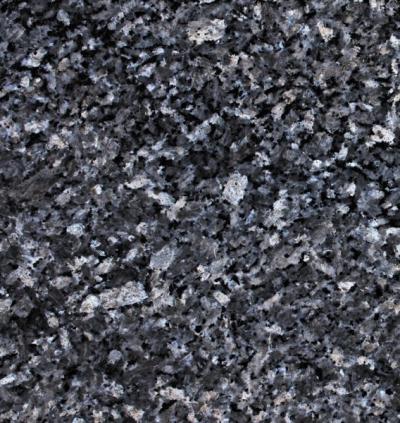 Characterised by its medium-sized blue feldspar crystals. There are several quarries of this material.
Emerald 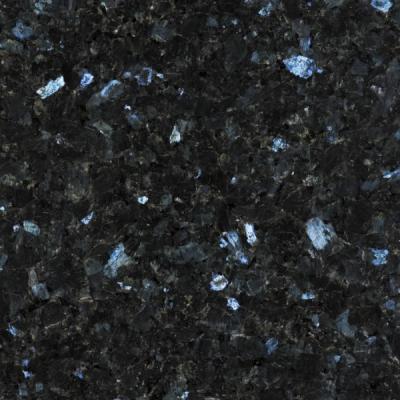 It is characterised by blue crystals and a dark background. One of the most popular granites all over the world, widely used in counter-tops.
Silver 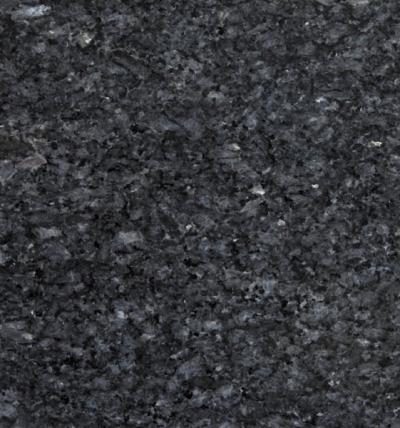 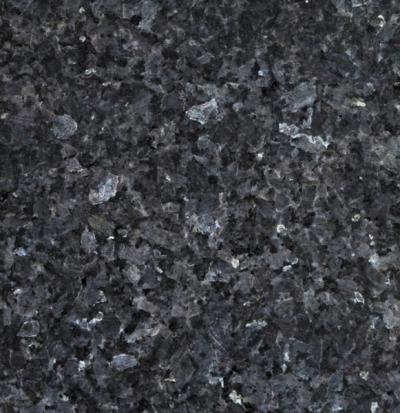 There is just one quarry of this material. Characterised by large steel-blue feldspar crystals.
Royal Blue 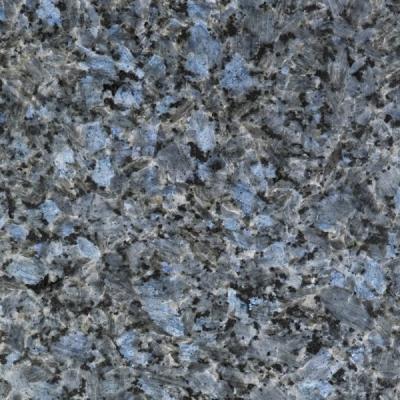 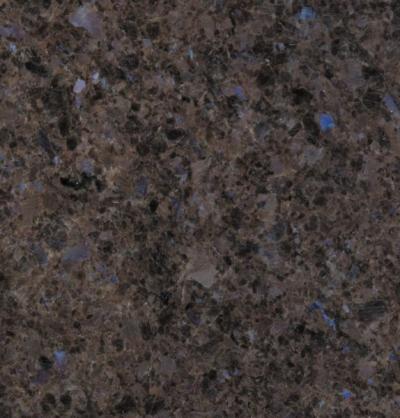 Mostly brown background with blue and sometimes purple crystals. A material with a premium image.

As in the case of Sweden, Norway also basically exports rough blocks which are processed in other countries. China has been the biggest market in recent years with around 50% of total sales being exported to that country. The second most important destination for further processing is Italy, and India is now becoming another market where sales are steadily increasing.

Notwithstanding the advantage of a premium image enjoyed by Norwegian granites which makes it easier to command higher prices in the world market for blocks, there is always a certain risk involved in the sense that a particular colour may suddenly go out of fashion. Recognising this risk and the fact that granite processing is now mostly limited to perhaps half a dozen countries, the company Lundhs AS has embarked on a unique initiative, which other stone companies could do well in imitating. The company is making a serious effort in creating a brand name for its granites, especially Emerald and Lundhs Blue. It is now focusing on developing a branding partnership program together with its clients. In collaboration with the Marble Institute of America it has been giving seminars to architects in different countries for some years now. And even though it hardly sells any blocks to the Middle East, it is making a very serious effort to reach architects and decorators in the dynamic markets of the Gulf countries by employing a full time person based in Dubai.
Will the Norwegians succeed in keeping the colour blue perpetually in fashion in this fast changing world? One must surely hope so.
Published on LITOS 110, September 2011
Sections
Markets and Industry
We use own and third party cookies to improve our services and analyse traffic to our website. If you continue navigating, we consider you have accepted to their use. More information on privacy policy and cookies here. [CLOSE] Utilizamos cookies propias y de terceros para mejorar nuestros servicios y analizar el tráfico de visitas. Si continua navegando, consideramos que acepta su uso. Más información sobre política de privacidad y cookies aquí. [CLOSE]