Stone exports and imports in Italy in 2012 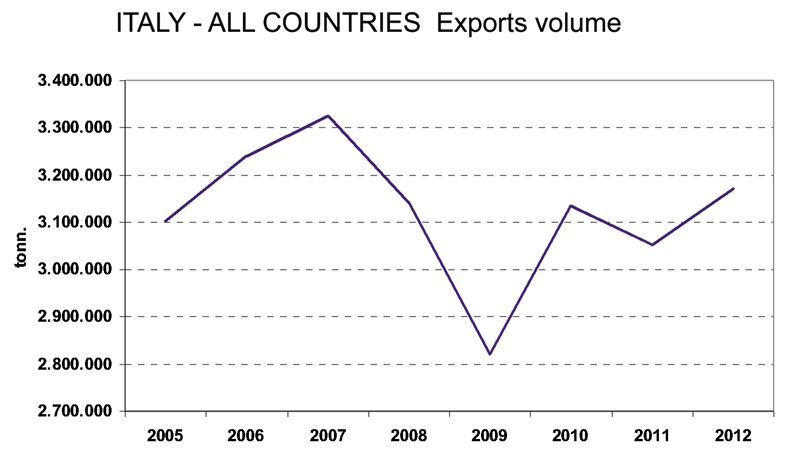 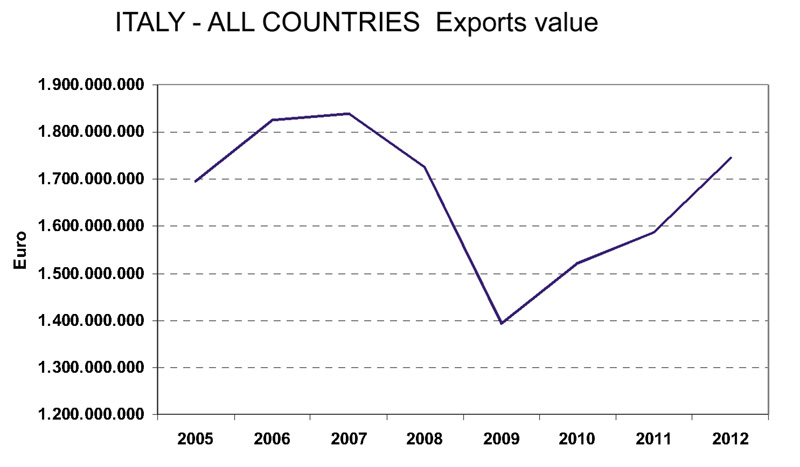 Exports of finished marble products in 2012 reached 885,119 tons for 815,221,431 million Euros: an increase of almost +6% in quantity and over +17% in value and an increase in the average unit value of +11,2% which today is equal to 921 Euros per ton.
A different scenario in the granite sector, however, where in 2012, there was a reduction in quantities exported but an increase in value. Exports in fact stood at 158.8 thousand tons of blocks and slabs, showing a decrease of almost 2%, for a value of around 41 million Euros, showing instead a +3,7% increase compared to 2011. At the same time, there was a -2, 35% drop in quantities of granite finished products exported too, alongside an increase in value of 3, 2%, for a total of 599,000 tons exported for almost 549 million Euros.

The IMM General Manager, Paris Mazzanti, also advises careful reading of the statistics as “looking at a few of the figures from the economic analysis conducted by our research office, approximately 67% of Italian stone companies have declared a downturn in the Italian turnover while 23,6% have said it is stationary. It still has to be as certained, therefore, whether or not the increase in foreign turnover completely compensates for the drop in domestic demand yet, judging by what a good number of companies say, the answer would appear to be negative.”

Imports, especially of raw materials, which are indicative to understand and evaluate the trust and order books of Italian companies, continued instead to record negative figures for almost all items, in particular for granite as raw materials and finished products.

The reduction in imports is higher for granite, both in blocks and slabs (-16%), and finished products (-7%), with a reduction in particular from Brazil, India, China and South Africa. As regards India, the leading supplier for the Italian stone industry, Italian companies imported 223,000 tons of quality materials for a value of 62 million Euros, showing a decrease on 2011 of -25,4% in quantity and - 18,6% in value. What is interesting, however, is the increase in imports from new suppliers: Mozambique, Tunisia and Albania.

(Statistics processed by the Internazionale Marmi e Macchine research office, based on Istat.)