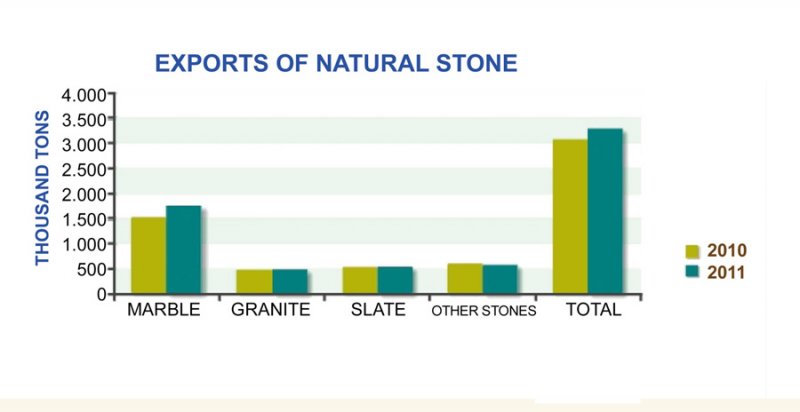 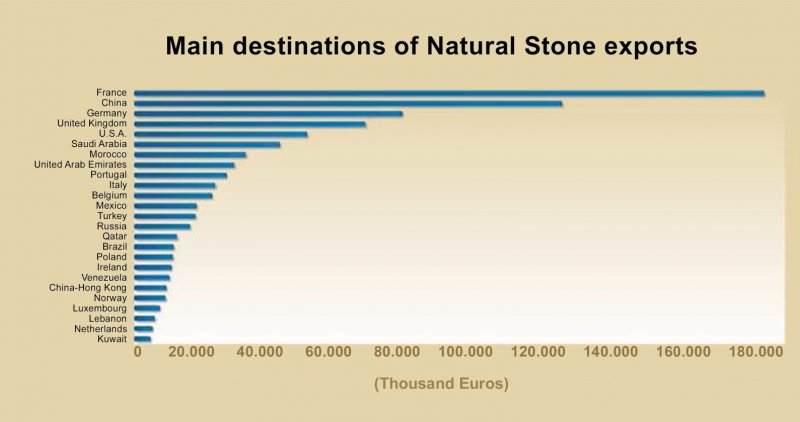 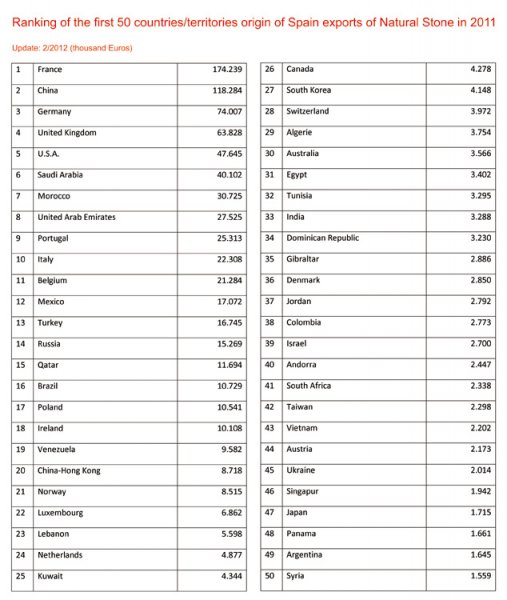 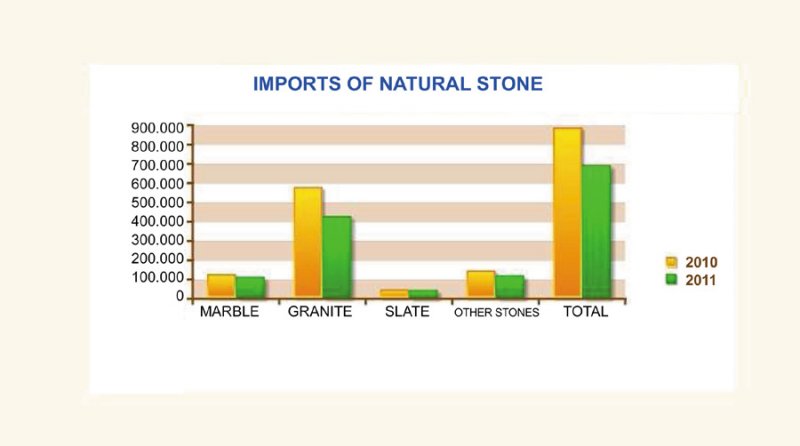 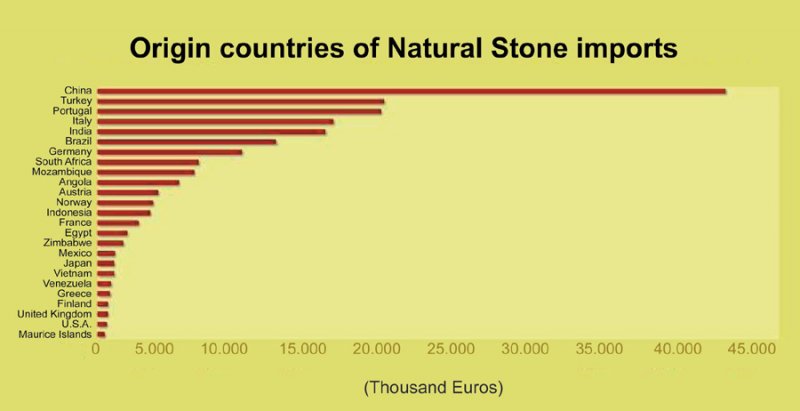 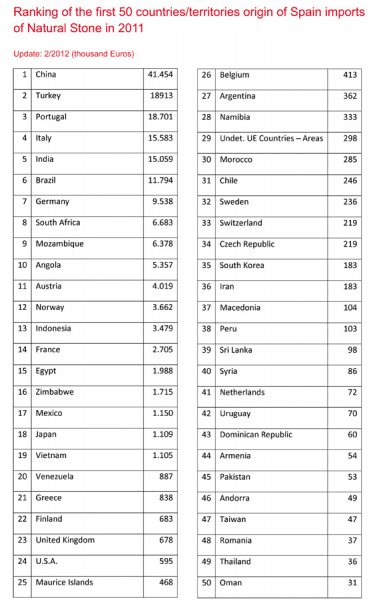 The foreign markets are providing the saving grace for the Spanish stone industry since the local market showed no sign of recovery.

If the exports maintained an increasing tendency during 2011, with the imports it was the reverse, since in recent years they have been declining continuously. The main reason was due to the recession in the construction industry and a complete stop in domestic demand with the orders reducing steadily.
In 2011, the imports were around 688000 tons of natural stone (22% less than in 2010), with a value of around 177 million Euros (14%  less  than in 2010). By types of stone,  the fall  in  import of granite stands out (-23%),  followed  by  marble  (-15%),  slate (-7.7%).

With these figures, as one can observe, the sector exported five times more natural stone than it imported, with a positive balance of 659 million Euros, 15.65% more than in 2010.

Report elaborated by the Spanish Federation of Natural Stone, FDP.