There are not many companies in the stone industry which can claim to have existed for 100 years. Palin Granit from Finland is one of them. Here is the story of this granite mining company from its origins till today.

In 100 years Palin Granit has grown from a small stone workshop to an internationally acclaimed granite quarrier. Today, this family company is run by Heikki Palin, a third generation family member.

The travelling stonemason settles down

It all started with Antti Palin, a travelling stonemason. Antti's father Jaakko Palin was a carpenter and shoemaker, and the frenzy of making by hand caught Antti as well. Antti's material became stone, and the stonemason's mobile profession took him around Finland. 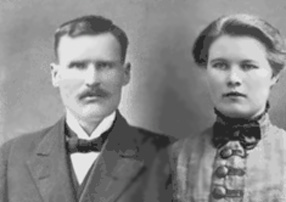 In 1921, Antti Palin settled down in Loimaa on the banks of the Loimijoki River with his family and founded Loimaan Hautakiviveistämö A. Palin (Loimaa’s Monument Workshop A. Palin). In Antti's skillful hands the stones were shaped into monuments as well as fine stone pieces for family graves. The granites selected for processing were transported to Loimaa by rail, and driven from the station to the site by horse-drawn carriage. After the wars Antti already employed close to 30 masons.

Time of the second generation and mechanization

In 1958, it was Antti's time to give way to the next generation, when two of his sons Martti and Reino took over the family business. The brothers had been working in the workshop alongside their father for years and had a strong will to develop the family business into the best in its field.  The division of labor was easy for the brothers - Martti was a social and easy-going man, and it was natural for him to be responsible for sales and relationships. Reino, on the other hand, had a special interest in technology and machinery and focused on developing them.

It was a time of great change for the stone industry - handicraft was no longer profitable and it was time to invest in machinery. With the vigor of Martti and Reino, the production of the stone sculpture factory diversified from monuments and building stones to decorative stones and sculptures. 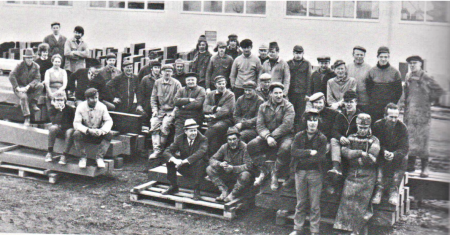 Company employees in 1971 when the company turned 50

1975: Acquisition of the first quarry

In 1975, Reino and Martti made the historic decision to buy their first quarry in Taivassalo. The red granite from the quarry, Balmoral Red, was exported to France and Italy. Over the next decade, the Palins invested in new quarries, increasing both the quality supply and the amount of stone quarried. Martti and Reino spent a lot of time researching the quarrying industry to find the best possible practices. A special subsidiary was established under Loimaan Kivi to later expand mining operations, which was later renamed Palin Granit. 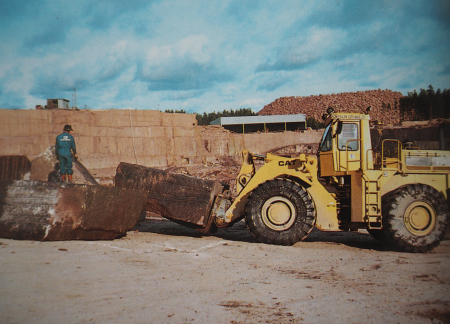 Palin Granit - Rocks around the world

Heikki Palin, a third generation representative, was appointed CEO in 1989. Like previous generations, Heikki had gained experience in the stone industry under the apprenticeship of his father and uncle for many years. His time spent abroad and working for foreign companies had developed a strong belief in him about the possibilities of Finnish stone in the international market. 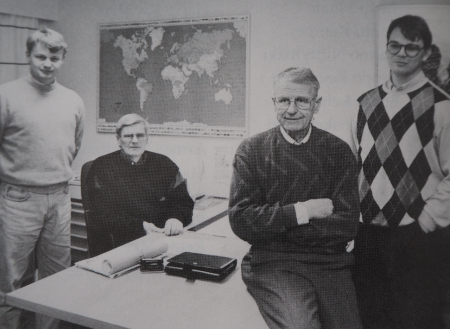 From the beginning, he was particularly interested in the quarrying process and the export opportunities of Finnish granite. Under Heikki's guidance and the quarrying expertise of Erkka Lehto, also a third generation stoneman, Palin Granit has become a pioneer in granite quarrying in Finland.

Partnering up with a fellow family company

In 2014 Palin Granit and Norwegian family company Lundhs AS signed a co-operation agreement on the sales and marketing of Palin Granit’s stones in certain markets. In conjunction with the agreement, Lundhs also acquired 40 per cent ownership of Palin Granit. The purpose of the partnership was to reinforce the global position of both companies in the competitive playing field, together forming the largest Northern European quarrier of natural stone. In addition, the product lines of the companies’ complement one another beautifully: Lundhs’ stones mainly come in shades of blue, whereas Palin Granit’s materials are mostly brown or red. The cooperation has evolved through time and both companies are committed to supporting each other, sharing similar values and long traditions in quarrying natural stone.

Entrepreneurship is a family matter

According to Heikki Palin, in addition to great material, the main factors leading to 100 years in business have been the support of the family and the expertise and commitment of employees.

- For us, family entrepreneurship is teamwork in which each family member has their own role, whether it be an operative one or one that facilitates and supports the work in the background. The men in our family have been incredibly fortunate to have strong women by our side to build this success with us, Heikki says.

Another just as an important factor of success has been committed and professional employees.

- We’ve had the luck to have the most dedicated employees. Not only are we entrepreneurs in many generations but we have employees whose fathers and father’s fathers have worked for the company. Talking about a family business!

Views for the future

There is a strong continuity and long traditions in the stone industry. Heikki attributes this to the fact that most of the companies in the industry are family companies. He sees the future of the industry bright:

- Even though we’ve recently been through some turbulent times in the natural stone industry, I look into the future with a positive mindset. Choosing environmentally friendly and responsible materials with a low carbon footprint is already a norm in most countries, which I see as a definitive advantage for us.

For Palin Granit, the next generation is already involved in the business. Heikki’s two daughters Maria and Kira have gotten familiar with the industry since toddlers travelling with their parents to stone fairs and other events in the field. They are both part-owners and involved in developing the business towards the next hundred years. 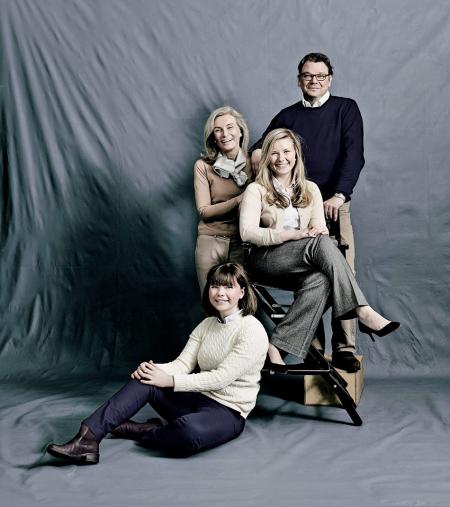