The other beige limestones from Spain

In the world of limestone, Spain is best known for Crema Marfil, and this stone remains the biggest selling beige material by far, within the industry. However, what many people may not be aware of is that there are several other beige limestone also available in the country, with good market acceptance, and are also available in sufficient quantities. This article highlights the other beige limestone that are extracted and processed in Spain. Currently, different quarries in the provinces of Malaga, Granada, Murcia, Alicante, Valencia, Castellon and Tarragon are being or have been exploited. This has led a large variety of materials of beige tones which are known in the market under different commercial denominations and which have their own unique aesthetic characteristics, but common to all is the colour beige.
Given the large number of “other” beige limestone in the country, the most appropriate starting point would be to segment them by aesthetic criteria, with different colour variations being the differentiating element. Within the beige colour there are different shades that predominate, some being more or less white, for example. Briefly, the variations can be divided into-
1) Limestone of beige tones
2) Limestone of yellow tones 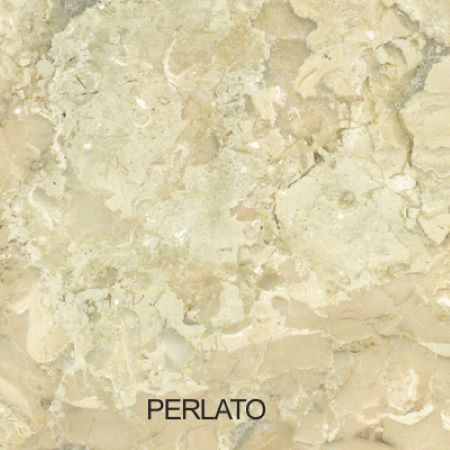 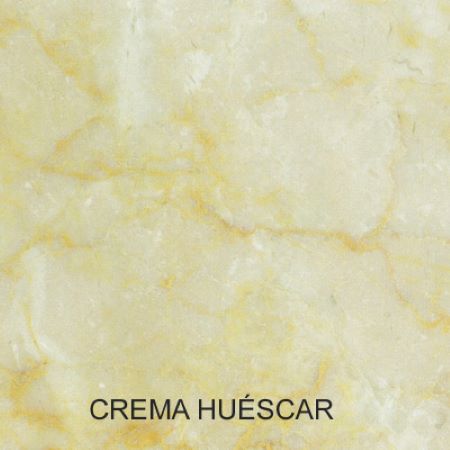 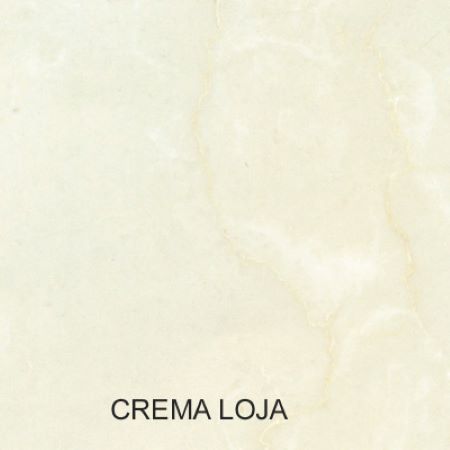 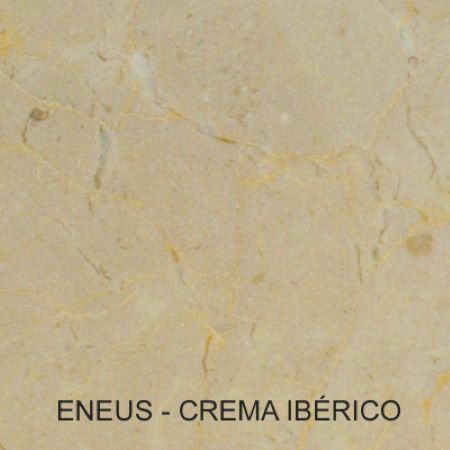 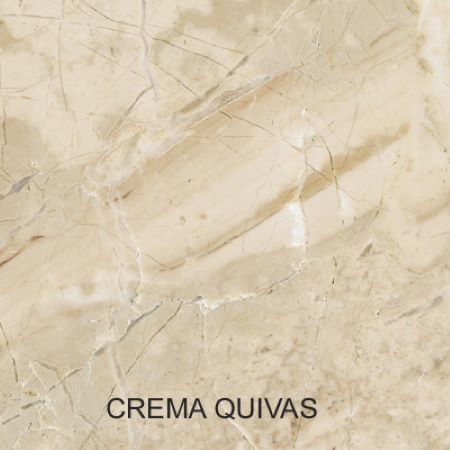 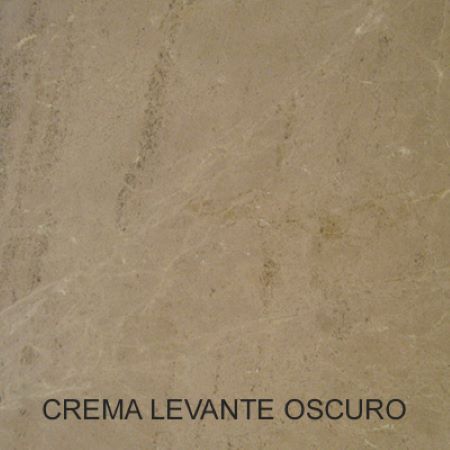 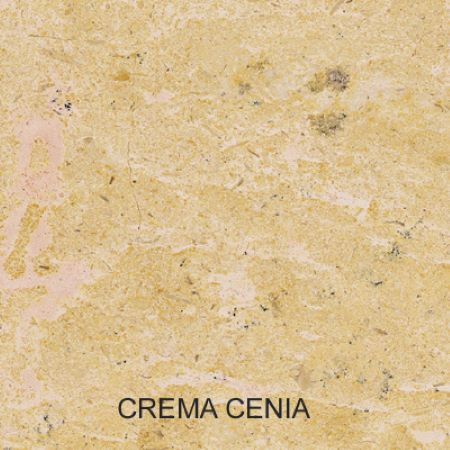 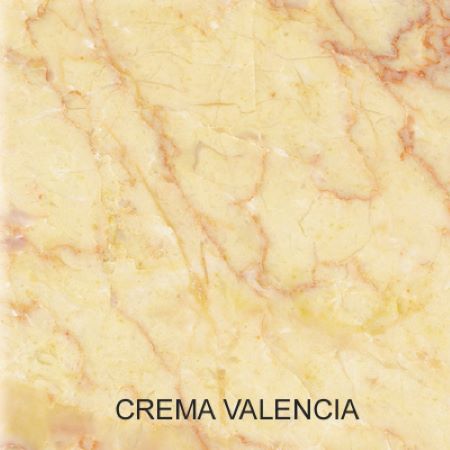 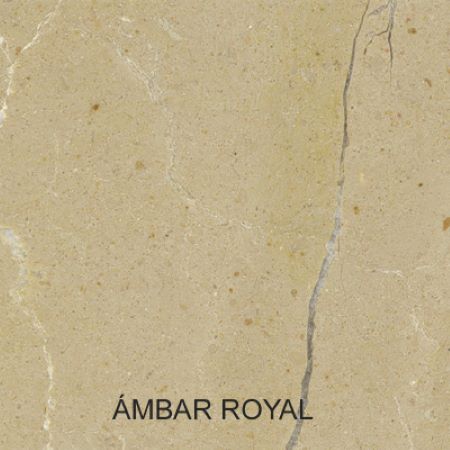 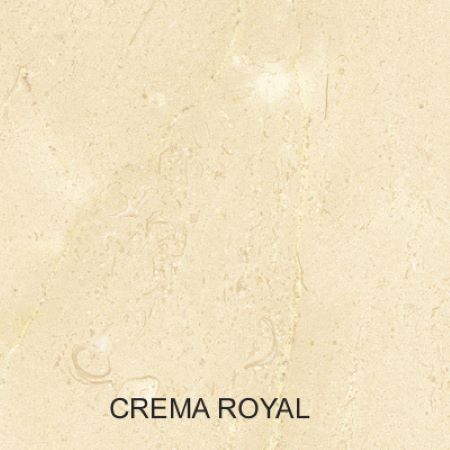 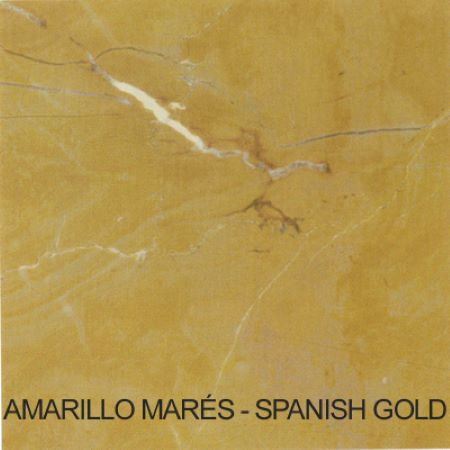 a) Crema Cenia. Located in the province of Tarragona, the quarries have been exploited with underground mines. The material allows for flamed surface treatment.
b) Crema Valencia. Currently there is only one quarry being exploited.
c) Ámbar Royal. Also known as Ámbar Siena, it is a rock highly appreciated in the international markets, with great ornamental value. It is exploited in the same quarry as Crema Royal from where approximate production is 5000 m3/ year.
d) Crema Royal. Also known as Crema Siena, it is exploited along together with Ámbar Royal. It is a rock with high polishing capacity and allows for any type of surface treatment.
e) Amarillo Marés, also called Spanish Gold. This deposit has high production capacity. There are three quarries from which material is being extracted.
The size of the grains in these limestone provides another visual difference, they can have fine grains or thicker sized ones. Most of them are quite homogenous in colour, texture and composition.
The beige limestone are mostly used for interior claddings and exterior and interior pavements. They are also used in facades though it is advisable to use in ventilated facades.
Regarding finishes, all the limestone in theory can be polished, however, in some of them the most adequate finish is the honed. Also the bush hammered, aged and flamed and brushed finishes are possible for most of these materials. The limestone of beige and yellow tones allow for good polish finish because they are crystalline. The flamed and aged finishes also come out well with these materials.
Total production of these limestone vary from quarry to quarry, and the total production is estimated to be anywhere between 15000 to 20000 cubic metres per year. Depending on demand, the quarry owners can increase the production for most materials.
The world wide popularity of beige limestone in general means these materials are exported to more than 100 countries, and new quarries are constantly opened all the time all over the world. While Turkey remains the big beige producer, there are several other players too, including Spain.
NOTE: Our gratitude to Juan Ramón Sánchez for the information provided in this article.
PHOTOS: Asociación Mármol de Alicante (Spain) and Centro Tecnológico del Mármol de Murcia (Spain).
Published in LITOS no. 118, July - September 2013
Sections
Understanding Stone
We use own and third party cookies to improve our services and analyse traffic to our website. If you continue navigating, we consider you have accepted to their use. More information on privacy policy and cookies here. [CLOSE] Utilizamos cookies propias y de terceros para mejorar nuestros servicios y analizar el tráfico de visitas. Si continua navegando, consideramos que acepta su uso. Más información sobre política de privacidad y cookies aquí. [CLOSE]