The Obelisk of Hatshepsut 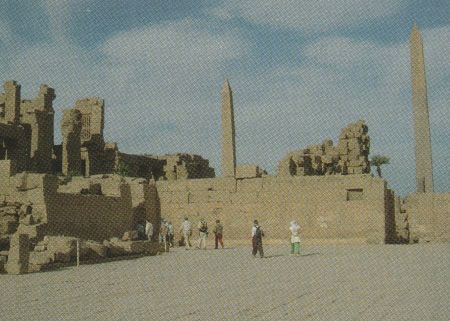 The obelisk of Hatshepsut, built in the year 1457 BC, during the XVIII dynasty, is the second biggest of all the ancient Egyptian obelisks. Made of one single piece of pink granite, it has a height of 28.58 metres and its weight is 343 tons. It is located in the Big Temple of Amon, in Karnak.

The obelisks are in its origins a homage to the Sun God. The Pharaohs were considered the sons of the sun and the woman which gave birth to it. The upper part, in pyramid form, would represent the rays of the sun falling on earth, was usually covered in gold, bronze or metal alloys, so that they would shine when the sunlight would fall on it. They received the name of pyramidion. The pharaohs erected their own obelisks in honour of certain events. In each of these four faces of the monolith inscriptions were sculpted that glorified the pharaoh. The obelisk symbolised stability and permanence. 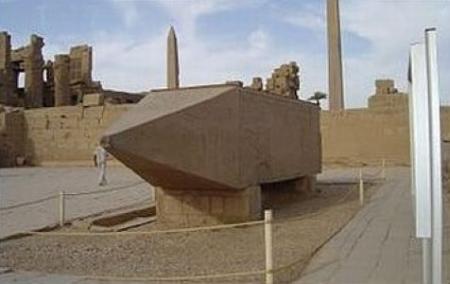 Construction of an obelisk

Nobody knows for certain how the one block from which the obelisks were made, was extracted, though there are two widely extended theories.

The first one sustains that the granite was extracted from the quarry wearing out a block by means of blows given with dolorite balls of a diameter that varied between 12 and 55 cm and an average weight of 6 kgs each. This wearing out around the block provoked the creation of a certain passage of sufficient width in which there was room for one person. Every half metre, approximately, a man squatted or went on knees so as to continue giving blows till the necessary depth was reached. Having arrived at this point, the obelisk was now silhouetted, but the lower side had to be released. For this a tunnel was excavated with the mentioned dolorite balls on both sides of the blocks and its central part was separated with the help of a lever.

Another theory, defended above all by the Egyptologists, sustains that in the extraction of blocks sicomore wood wedges were used. The wedges of this wood, which has great absorption capacity, were inserted in the cracks made in granite, which became wet and were exposed to the sun. When they expanded, the granite would crack and this made the expansion easy.

Once the block was extracted, in one way or another, the form was given to the obelisk by means of blows with dolorite balls and polished with sand or crushed rocks.

The transport of the pair of obelisks of Hatshepsut, according to the inscription on its base, lasted 7 months. A relatively short period of time when one takes into account how the transport of the obelisks was done. Once separated the monoliths from the quarry, they were placed in wooden sledges which were pulled with ropes over the track and the ramps. To reduce the friction the mud from the Nile was thrown over the tracks. Because of the weight and dimensions of the monolith, it was necessary to use more than one boat for the transport on the river. Several boats were placed in parallel and the obelisk was placed on top of them. Once more, we enter the terrain of the theories, it is also stated that only one ship was used the characteristics of which is unknown, but, of all the existing explanations regarding the transport of the obelisks, this one is the most accepted.

When the monolith arrived at its final destination, the sculpting of the inscriptions was done throughout its four sides, a task for which different stones of different sizes were used, followed by polishing using sand and water as abrasives. 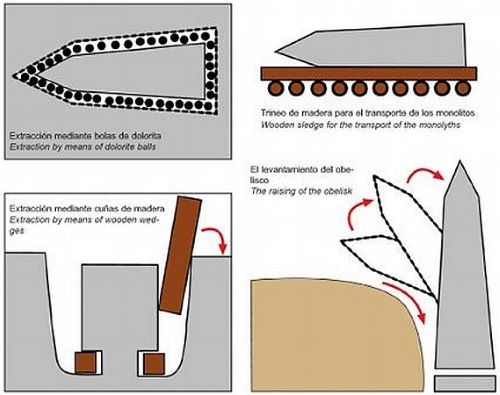 Another key moment was the raising of the obelisk. The presence of grooves in the base of some obelisks has served as the starting point for the elaboration of a theory about this process. Thus, the obelisks were dragged close to their point of erection making them descend through a ramp till they coincided with a groove pointed out in the base of the pedestal. Then, by means of a pulley system and ropes it was hoisted up till it fitted in the base. It is not fully clear the manner in which it slipped on the ramps. One also has to take into account a lot of space was necessary for manoeuvre because of the size of the obelisk. The theory is plausible when it refers to placing the obelisks in big open spaces, but in the specific case of the obelisks of Hatshepsut, these measured 28 metres and the margin for manoeuvre available was between 10 and 12 metres.

Currently only one of the obelisks of Hatshepsut stands high in its original place. Its pair can be seen on the floor of the temple which allows one to appreciate the inscriptions with detail. Other obelisks have met with different destinations. From the time of the Roman Empire the obelisks have been transported to adorn the most emblematic squares in the world. Thus, we can find Egyptian obelisks in Rome, Paris, London, Istanbul and New York. Sometimes stolen, at other times gifted by the Egyptian authorities, the result is currently of the 27 obelisks which are conserved hoisted, only 6 are in Egypt: the 3 of Karnak, that in Heliopolis, in Luxor and in Cairo. 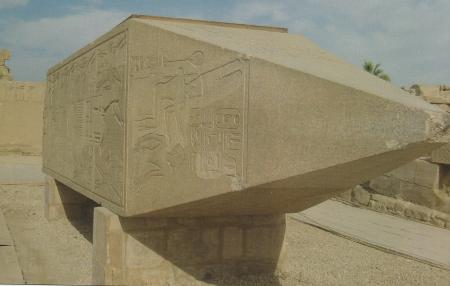 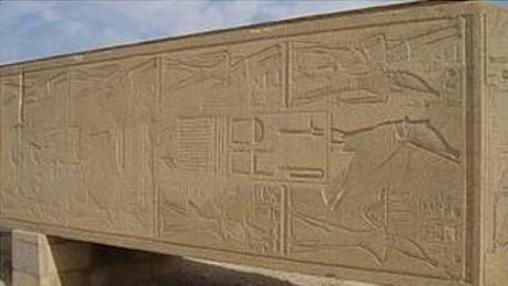 Hatshepsut was born in Tebas in the year 1490 BC. She belonged to the XVIII dynasty, with his father, Tutmosis I, a great builder, he began the project of the temple of Amon in Karnak. Her father really wanted her to be the future sovereign at his death but it was Tutmosis I, her stepbrother and future husband, who sat on the throne. When he died prematurely at the age of 15, she assumed the regency. In spite of being a woman, Hatshepsut always appears represented as a man. She held the title of Pharaoh (in masculine).During her mandate, Egypt lived a period of economic prosperity, as she began to develop commercial relations with the neighbouring countries. She ordered the construction in Tebas of the famous temple Deir el ´Bahari, the “Temple of Millions of Years”. This temple, of a height exceeding 130 metres, has an amphitheatre made of limestone, is built on 3 floors and the temple or sanctuary of Amon has been sculpted in the rock itself