Marks of Quarriers and Signatures in Stone

Quarriers and Master Quarriers in the Middle Age

In the Romanesque period the construction of churches used to be the responsibility of what was known as Magister Muri. He was represented with a Virga (baton in hand). The master had specific knowledge to complete the work, he was also in charge of organising the tasks, the transport of the materials, of the invention of new machines and new construction systems, etc.

On this master depended the foremen and on whom the workers, who faced the practical problems that kept coming up according to the development of the project. The master also brought together sculptors, carvers, stonemason, stone cutters, carpenters, painters, etc. These groups were known under the name of “Corporations”, and the major projects at times required more than one of these groups, whether they were local or foreigners. The Magister Muri and the quarriers were knowledgeable and had studied mathematics, geometry and architecture.

Marks of the quarrier

Many of the quarriers and of the Magister Muri had a signature (mark of the quarrier) that identified them as authors of the project (Magister Muri as builder of the project and the quarrier as stone carver). But these quarrier marks sometimes can have another meaning apart from that explained, a symbol that related these marks to the Temple, etc. This way the stone was elevated, through its elaboration and carving, to the area of the symbolic. The legendary masters were linked to the builders of the Soloman Temple, possessors and at the same time depostories of ancestral knowledge. This way, the Masters ought to transmit their secrets to the beginners to whom also a new mark of quarrier was assigned which would be represented in all the future projects. The instruments of the quarriers acquired great significance in all this process, so that the representation of the set square, compass, pickaxe, etc. is frequent among the marks of the quarrier. 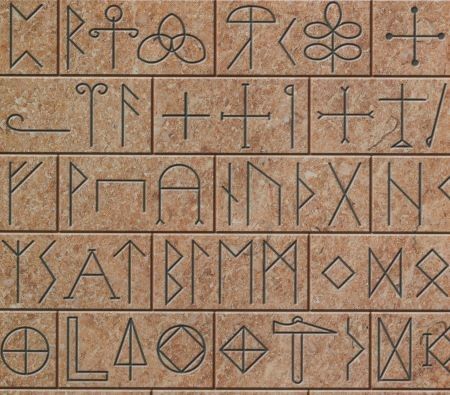 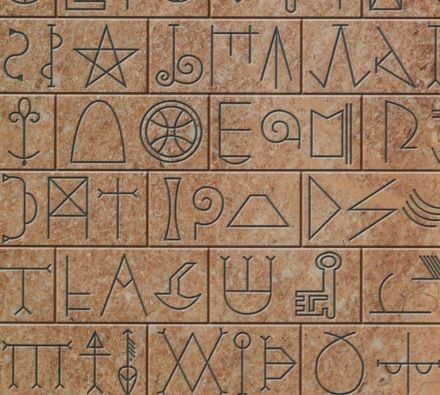 Some examples of marks of the quarriers

In the beginning of the Romanesque age the quarrier lodges were organised around the Benedictine Order, transforming into genuine architecture schools. In the end of the X century and the beginning of the XI century, the architects and quarriers of the age, who began to sign their works with marks and signs, grouped together in almost secret, totally secular societies, and founded during the Holy Roman Germanic Empire, the Bauhütte, without renouncing the link with the Church. The Bauhütte was created as a federation of the lodges of the stone workshops, and that of Strasbourg was recognised as a Supreme Great Lodge and the Master of Works of its cathedral exercised authority over all the local associations dependents of the other lodges. 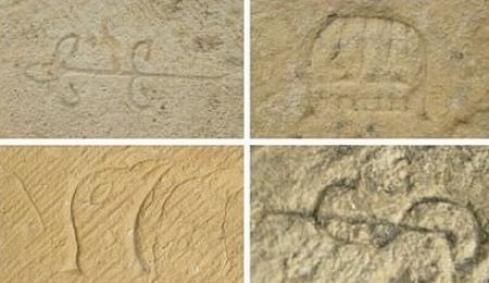 One can frequently find stone signs, with or without apparent meaning, sprinkling the stones of the churches and monasteries, mixed with the marks of the quarrier. Many of these signs are unique in each church, generally there is only one signature that is not repeated in the entire construction, which it makes it difficult for us to find a meaning, this is the case of the most complex and strange signatures. It is also common to find other marks left in the stone completely different to that of the marks of the quarriers, they are signs or outlines left by the members of the lodges in their travels or by the pilgrims on their way, apparently, they have no practical meaning. Moreover, there will always remain with us the doubt whether the stones that contain these signatures are original to the architectural complex or whether they were re-used in the project of a diferent construction. 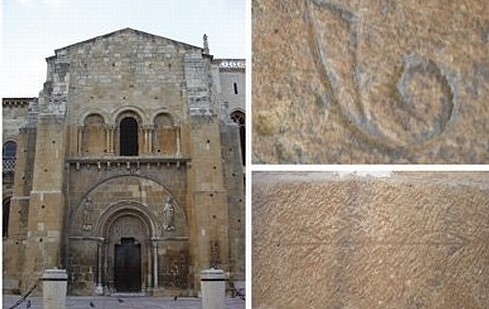 Whatever be the explanation of these marks, if there is any at all, we cannot fail to be astonished by their beauty and complexity of some of them, as well as the air of mystery that always accompanies the objects loaded with symbolism.