Iron Stones: The new Brazilian speciality in the market

In the last decade, Brazil has introduced hundreds of new dimension stones in the market. In fact, the number of Brazilian launches, in such a short period of time, have surpassed those of all Europe over the last two hundred years.

Physical and chemical characteristics of ironstones

Most of these new launches have been granites and quartzites. The materials called granites by the dimension stone industry include a great geological variety of siliceous rocks. The so-called quartzites, in turn, consist of various quartz-based rocks, especially cherts, silexites, jaspilites, metaconglomerates, as well as true quartzites and even iron formations (“ironstones”). Both the colour patterns as well as the textures and structures of quartzites are very different from conventional granites and more similar to those of carbonate rocks (marble in general). Their commercial attributes combine very high chemical and physical-mechanical resistance, even higher than that of granite, with a more classic beauty and translucency seen in marble, onyx and alabaster. 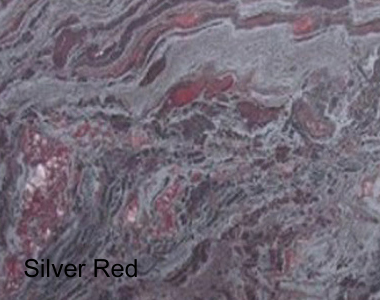 Being highly abrasive rocks, the use of quartzite has been optimized by machinery and diamond tools. The multiwire saws, for example, allow the sawing of slabs in a shorter period of time and at lower costs. Similarly, the diamond heads perform very satisfactorily in the polishing of the slabs. Depending on the height of the block, the sawing of slabs in conventional gang-saws can last 20 to 30 days, with 3 to 4 exchanges of blades. The process in diamond multiwire saws, on the other hand, requires only 40 hours and produces very good quality slabs. The diamond wires have also been successfully used in quarrying operations to extract the blocks.

The reference value for water absorption (~0.05%) of ironstones is extremely low. The application of resin in the polishing operations is made only for homogenization of finishing and adjustment of micro cracks and small surface imperfections. Other technological parameters of reference show high resistance to bending and compression, as well to abrasion. The flexure resistance according to Standard ASTM-C880 is 22 Mpa; the modulus of rupture measured by Standard ASTM-C99 is 30 Mpa; and the compressive strength, measured according to ASTM-C170, is 291 Mpa.

From the geological point of view, the quartz-based rocks are usually of sedimentary origin and their formation is related to metamorphism and recrystallization of sand/quartz sequences. The texture of the true quartzites is generally saccharoidal (granoblastic), which allows distinguishing the quartz crystals. The cherts, silexites, jaspilites and ironstones are usually formed by chemical precipitation of silica or silicification of pre-existing sediments, and its texture, as a rule, is cryptocrystalline. The quartz-based rocks which receive the names of Iron Red, Magma, Red Metal and Silver Red are, in fact, banded iron formations (BIF’s), historically quarried in Brazil as iron ore. The geological formation of these BIF's occurred between 2 and 3 billion years, and their areas of outcropping are in the State of Minas Gerais (Iron Quadrangle).

These rocks are characterized by the alternation of silica (cryptocrystalline quartz) and iron oxides (hematite and magnetite), which make up beds with subcentimetric to centimetric thick, complex folded. The reddish brown and black gray colours, as well as the metallic luster, are conferred by the iron oxides, which make up 30-60% of the rock.

The iron ores of the Quadrilátero Ferrífero in Minas Gerais, are composed of BIF's, compact hematite and hematite friable. The deposits from Minas Gerais and State of Pará (Carajás complex), which include at least 25% of BIF's, total about 60 billion tons.

As we can see, the ironstones are not rare materials in nature. They are, however, very hard and very abrasive, which requires special machinery and techniques for the extraction of blocks and obtaining slabs. Their deposits are very fractured, making it difficult to obtain blocks of good size.

All the hard work of mining and processing, however, is well rewarded, because the polished slabs of ironstones have a unique beauty, as if they were works of art. The ironstones are prominently displayed in all major international fairs of the stone industry, always attracting great curiosity from the public and the potential end user for indoor uses.

The main aesthetic varieties of ironstones on offer in the market differ primarily in the degree of deformation and flexure thus formed, as well as the variation in the incidence of black-gray and reddish-brown colours. It is worth noting that the color red is not the result of effect due to weather, but the primary state of oxidation of iron in the rock. The behavior of hematite and magnetite (iron oxides) is very different from pyrite (FeS2), an unstable iron sulfide which can more or less rapidly oxidize and produce stains.

The material called Iron Red is characterized by the conspicuous band and the predominance of red colour on the gray. Some varieties of the Iron Red highlight the dark gray shade.

The material designated as Silver Red also highlights the gray metallic colours, structures of folding and “breccia”. The suppliers of this variety say the material is extracted in Itatiaiuçu County, about 100 km south of Belo Horizonte city, in an area included in the Quadrilátero Ferrífero of Minas Gerais state.

It is worth emphasizing that, if the Brazilian coarse grained granites and pegmatites are referred to as exotic materials, the ironstones merit the treatment of super exotic materials. Besides the polished surface, the brushed finish has also been applied successfully in ironstones, highlighting the banding and colour contrasts, as well as forming interesting figures of relief.

Suppliers of ironstones have seen demand for various types of applications, including floors, portals, fireplaces frames and benches in general (countertops, balconies, etc.). There have been very few complaints of pathologies developed in the ironstones applications.