During the last 15 years, while the Indian granite industry has gone through a strong growth period with a major expansion in extraction of blocks and in the production of slabs and tiles, another less known segment has also been growing steadily and increasing its market share in the world markets. We refer to the Indian gravestone manufacturing industry is still growing steadily. The important and interesting point to note is that this industry and its products have no market at all in India; it is a 100% export oriented industry. The industry has developed into a world-class competitive one outsmarting other countries like China etc. This article examines the state of the industry today. 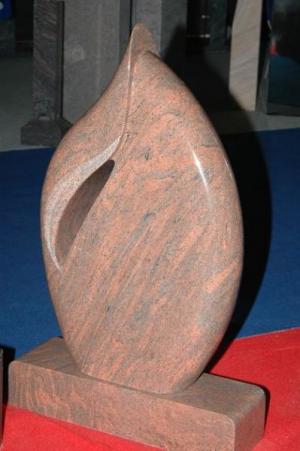 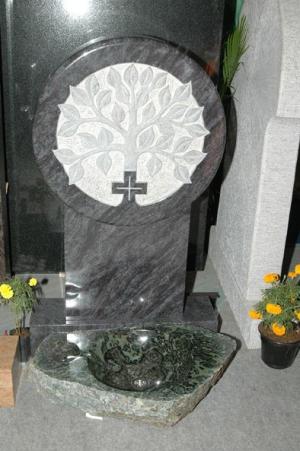 Number and size of companies
There are more than 100 manufacturers in India of gravestones and there are also a few trading companies. In the last 5 years the capacity of these companies has increased by about 10% annually, suggesting a certain stability and sustainability. The manufacturers can be roughly divided into big and small companies. Big companies are considered to be those that have the capacity of manufacturing twenty or more containers per month- and there are about 10 such companies. The rest would automatically be placed in the small company category. On an average about 75 workers are employed in a company. Total direct employment in the gravestone industry is about 10000 people. Indirect employment (due to related activities such as transport etc.) comes to another 10000 people.

Total production
Total gravestone production in the Indian industry is estimated to be about 275 to 325 containers a month. (A curious unit - when referring to blocks the normal term used is cubic metres, in slabs, the measurement unit is square metres or square feet, while in the gravestones the reference point tends to be containers). As mentioned before, the entire production is exported. About 180 to 200 containers are exported to Europe, approximately 50 containers a month are exported to United States, 10 containers to Japan while the rest are sent to Australia, New Zealand, South Africa and other countries. The months of November, December and most of January are considered to be the low season when monthly production drops to about half. An average container has a price of US$ 18000 to US$ 24000, depending on the materials used and the complexity of the designs, thus the total industry size is estimated to be approximately US $ 85 million.

Granites most often used
The most popular granites used in the industry are Vizag Blue and Himalayan Blue. Other popular granites are Red Multicolor, Absolute Black, Black Galaxy, Lavender Blue, Viscount White, Regal Black, Twilight Red, Aurora, Marina Blue and Samoka Red. Other granites that are also used by the industry are Cats Eye, Raw Silk, and Imperial White. In the United States the black colour is the most popular and Imperial Red is also in demand, while in Europe, especially Germany, it is Vizag Blue and Aurora that are preferred. In the United Kingdom about 60% of the gravestones being sent are of black colour. In Japan the colours most in demand are black and grey. Most manufacturers do not own all the quarries of the large number of materials with which they work. 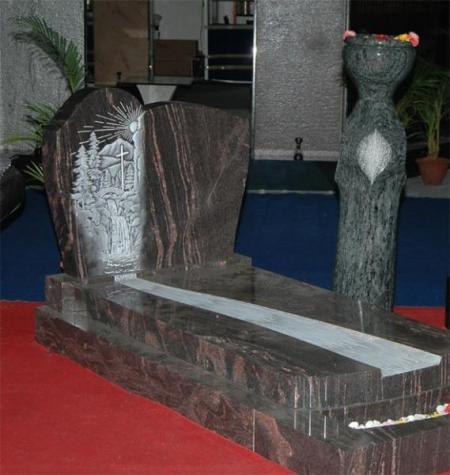 Recent trends
After several years when exports grew steadily by about 10% a year, the exports have now stabilized. New companies are not be entering the industry anymore.
New technology investments have been made with the aim of reducing costs, and CNC machines have begun to be employed in many factories for making complicated designs. Most of the diamond tools and other consumables are imported, to the extent of 80% of total demand, and amounting to between 5 and 6 million US dollars per year.

The market share of Indian manufacturers in Germany has tended to be stable in recent years. The long-term trend in Europe is towards cremation as the younger generation is showing less preference for gravestones. The size of gravestones is also decreasing in the last few years.

Limitations and restrictions on space in Japan and Belgium, for example, have further increased the trend towards cremation. But market share in Poland and other East European countries for the Indian companies is growing.

The competition to India is from China. Chinese companies used to process blocks imported from India and resell to Europe sometimes at prices that were about 20% lower than from India. But now this trend seems to have reversed as Chinese companies are finding it difficult to compete with Indian quality and price. Non availability of blocks from India as well as constantly increasing labour and other input costs have reduced the threat from China to Indian companies. Chinese labour costs have almost doubled in last 2 – 3 years, those in India too have increased, but not by so much. 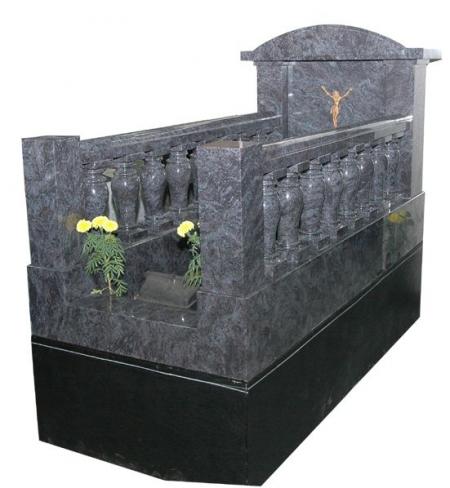 Competitive advantage
One relevant question is why has the Indian gravestone industry been so successful? The industry is, after all, totally export oriented, and there could have been strong competitors from other countries too.

The first and foremost characteristic of the Indian industry is it mostly works with materials extracted locally. This simple fact, that the granite colours extracted locally are popular in the funerary industry of Europe and elsewhere, has provided the basis of a potentially successful industry.

The second key aspect- the blocks needed for the funerary industry tend to be smaller as compared to those used for manufacturing slabs, and the prices of smaller sized blocks, as everyone in the stone industry knows, are often much lower than the big gangsize blocks, sometimes by as much as 50% is also important. Thus what would normally be considered waste material in the quarries becomes the all important but cheap input for the factories, enhancing their competitiveness. However, even this explanation is not complete. After all, small sized blocks could also have been exported at their lower price creating a successful industry elsewhere rather than in India where obvious advantages have so often been wasted away in the past. But transport of blocks, no matter how small the size, still involve sending many tons which are wasted when processed and the advantage, therefore, lies with the local manufacturer. Average wastage of blocks is around 25%.

The advantage of time has also favoured the manufacturers in India. The cycle of order to delivery of finished material is much less when the processing is done locally than when done in Germany, for example. Because of locally available material, customer specific orders are done much faster in India.

One characteristic of the funerary industry is the component of manual skilled labour is higher as compared to the other types of processing- and skilled labour in south of India in granite is abundant. The state of Tamil Nadu and the other states of the south have a tradition of craftsmanship in granite going back to more than a thousand years. Obviously labour in India is cheaper than in Europe, though the fact that the industry falls under the Factories Act means the workers in this industry are highly unionised with “privileges” like social security payments, provident fund, compulsory holidays, etc. which is still a dream for many other workers in India. Currently, however, there is a problem of finding skilled labour in this industry since young people are reluctant to work in the hard conditions of heat.

Added to the natural advantages mentioned above, an important reason has also been that the Indian gravestone industry made the wise decision of purchasing the most modern machinery from Europe and Japan. Thus there has been the realisation of a natural competitive advantage leveraged to create a genuine world-class industry. A textbook case in competitive advantage, if ever there was one needed. No wonder that the Indian businessmen are sometimes outraged at the attempts often made by some European companies to demonstrate that they are doing dumping, because if there was ever an example of a competitive advantage being fully harnessed to create an employment and wealth generating industry, this is one.