The Inada Granite is a representative light grey natural stone of Japan for noble ornamental uses. This rock has been exploited since 1890 with stable supply up to the present. Most of Japanese traditional architectures are made up of wood, however, many modern buildings of this country adopt ornamental rocks applying to surface coating on their wall and pillar and to pavement of floor. Today, natural stones, especially granites and marbles, are dealt as noble construction materials even in the Far East of Asia. This article presents visual aspects, quantitative colour specification, physical properties, quarry extraction, factory processing, and applications for civil constructions of Inada Granite. 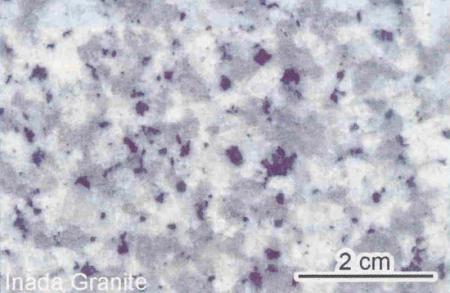 Many varieties of ornamental rocks of the world called popularly “white granite” are metamorphic rocks, however, magmatic rocks also are present, such as Granito Braco Ceará of Brazil and Inada Granite of Japan. The quarry of Inada Granite is situated at Kasama, Ibaraki Prefecture, Japan. The rock body forms low hills of 200 to 300 m’s relative height of 10 km’s EW extension and 5 km NS, called Ishikiri Mountain. This name means in Japanese language extraction of natural stone.

Characteristics of the Japanese Inada granite

Because of magmatic origin, the Inada Granite has excellently homogenous texture, which is constituted by mineral grains of 3 to 4 mm in size. This texture helps above-mentioned soft visual aspects. The polish surface is characterised by light grey colour with high lustre. The colour specified by the quantitative measuring by means of scanner indicates high brightness. The light grey colour is due mainly to the mineral composition: 34% of quartz, 62% of feldspars, and 4% of biotite. The soft visual impression are emphasised by the abundance of semi-transparent quartz of slightly pinkish colour, which is a notable individuality of the Inada Granite. Because of the colour, the Inada Granite is called in Japan sometimes white granite.

The chemical composition of Inada Granite is characterised by its abundance of quartz, being classified to be highly acidic rock. Thanks to the composition, the rock has high chemical resistance against urban corrosion caused by some elements present in the atmosphere. Therefore, its polish surface can maintain good lustre during decades.

The Inada Granite has excellent mechanical firmness and physical homogeneity in comparison with other granitic ornamental rocks. Because of its characters, construction-engineering laboratories adopt Inada Granite as standard material for physical experiments.

Quarrying and applications of the Inada granite

The exploitation of Inada Granite started at the end of the 19th Century and continues active up to the present, during more than 100 years. This quarry is close to consumption areas, about 100 km to Tokyo, and the transportation ways for shipping are well developed, such as railway, road, and port. Because of the quarry operation during more than 100 years, the present excavation level reaches about 150 ms’ depth, being the deepest granite quarry of the world. Due to the depth, on-going exploitation products are completely free from weathering, so that they are characteristically fresh. This fact makes rock of high lustre and excellent physical properties. However, its extraction cost is very high. In spite of expensive production and consequent high market price, the Inada Granite is still preferred by Japanese construction market as luxurious ornamental applications, keeping the annual production of about 12,000 tons. 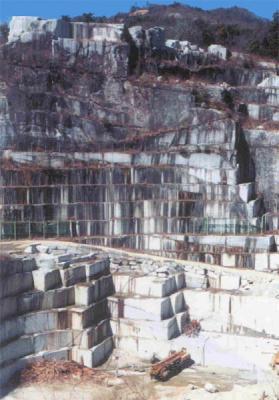 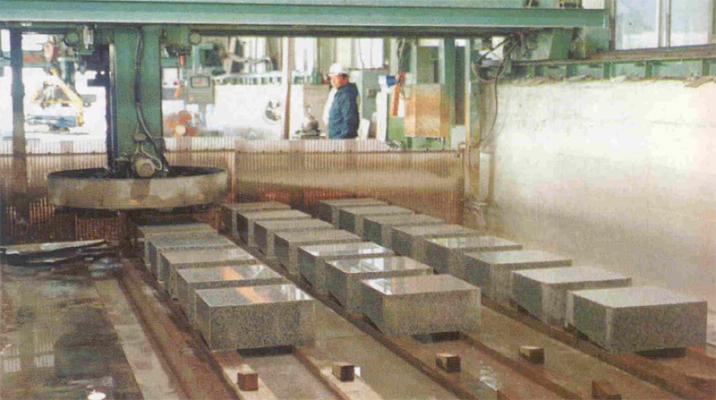 Japanese ornamental rocks market is highly exigent in finished product quality, requiring exact-size cut, mirror-like surface polish, and variable forms of products. Therefore, the factory installation must be prepared to attend such exigency. Looking for lower cost, many Japanese stonework companies installed rock-processing factory in other Asian countries, however, certain types of stonework must be performed in Japanese factories. At the factory of the Inada Granite installed at Kasama, excellent systems of industrial equipments are in operation. For example, the medium size diamond circular saw cuts the rock block of 1 m in 3 seconds. These equipments are operated not only for Inada Granite, but also for other imported ornamental rocks. It is notable that many gravestones and large rock monuments are fabricated in addition to polished slab. 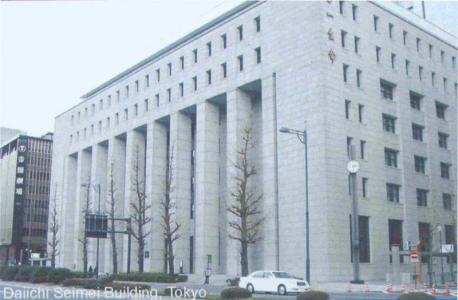 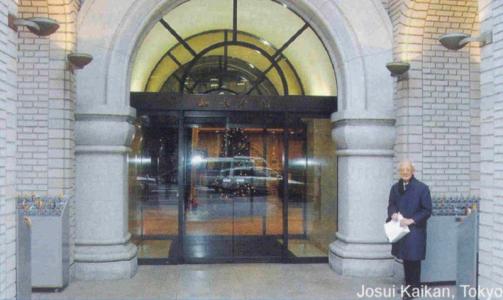 The application of the Inada Granite to Japanese architectures is very wide, either with polish or bushhammered surface finish. It is worth noting that many old buildings of the government and large enterprises, which were constructed before the Second World War, adopt the Inada Granite with bushhammered surface finish. Their representative examples are National Congress Capitol, Supreme Court, Central Bank, Tokyo Station and Dai-ich Seimei building. The Atomic Bomb Monument of the Memorial Park at Hiroshima is also made up of the Inada Granite. In spite of the bushhammered finish, the Inada Granite shows nice white visual aspects. By the way, polish applications are common in recent constructions, to floors, walls, and steps of buildings, decorative arch gate, and civil monuments. 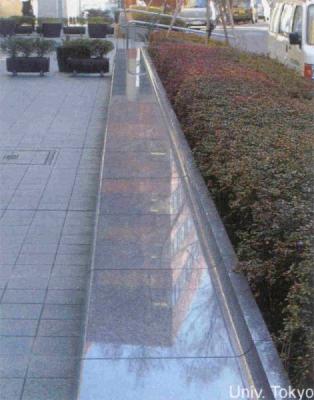 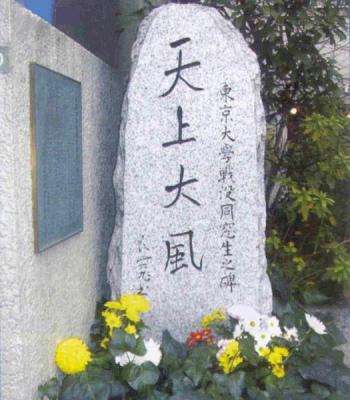 The author is grateful to the Inada Stonework Cooperative (Inada Sekizai Shokogyo Kyodo Kumiai) and Prof. Hideo Minato of the JSPS for the opportunity of technical visit to quarry, factory, and museum of the Inada Granite at Kasama, Japan.