Imports of Natural Stone in USA 2013

The US Market for natural stone is the biggest source of demand for many stone processing factories all over the world, and the recent recovery of that market has proved to be a blessing for the companies that have good knowledge of the market. Stone imports in 2013 reached a figure of almost US$ 2.8 billion, according to the data provided by the US International Trade Commission. That figure, however, is still less than the pre-crisis import figure of US $ 3.38 billion in the year 2007, but is almost a billion dollars more than the minimum figure at the peak of the crisis in 2009 when stone imports in the US dropped to US$ 1.82 billion. (Table 1).

Table 1 .- US  STONE IMPORTS BY YEARS

Origin of imports of natural stone in the United States 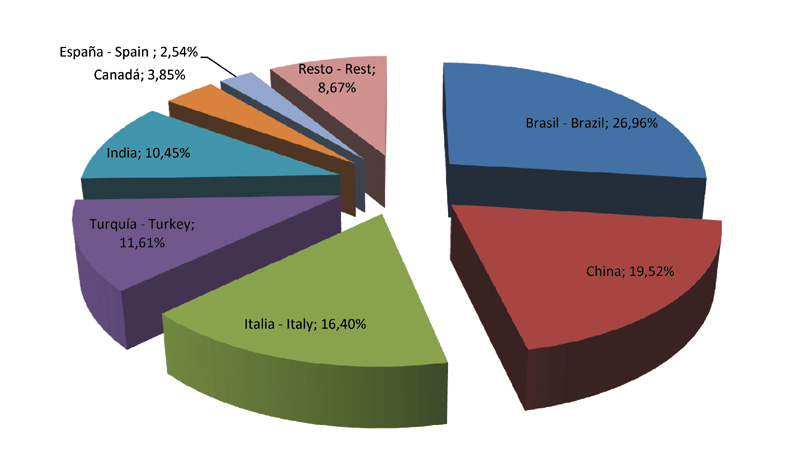 As is obvious from Table 2, Brazil is, by far, the biggest beneficiary of the recovery in demand from the United States, accounting for almost 25 % of the total figure, followed by China and Italy. All 3 countries significantly increased their exports during 2013 to the US. Strangely, countries like Spain, Portugal and Greece have not seen much increase in their exports to the US in the last 2 years, even though the stone industry in these three countries increasingly depends on exports due to their crisis ridden economies. Surprisingly, the exports from Canada went down in a growing market. Inexplicably, Egypt is barely mentioned as a supplier in the official statistics even though it is a significant player in international trade, especially of limestone. 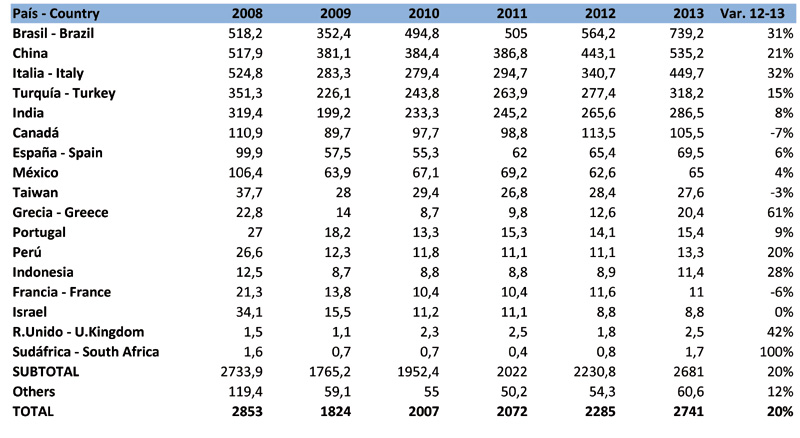 Table 3 gives the breakup of US imports in the world of marble. As expected, Turkey is the biggest supplier, with its exports to USA exceeding US$ 300 million in 2013, but it is Italy that seems to have benefited most from the recovery in demand from US, with its exports of US $ 305 million almost having reached the 2008 figure of US$ 311 million. Companies from both Spain and Mexico seem to be still very cautious about US (or is there some change in market preferences?), their exports to USA in 2013 were still much lower than in 2008. 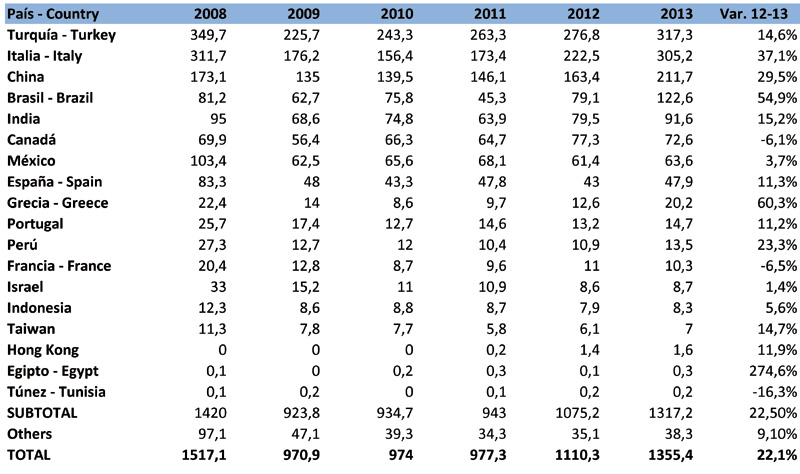 In the world of granite, Brazil, as expected is, by far, the biggest supplier with export figures to US reaching US$ 722 million in 2013, a huge increase over the 2012 figure of US$  553 million, and exceeding the 2008 figure of US$ 501 million. Both Chinese and Indian companies, other major granite supplying countries, also increased their sales to USA in line with market growth. Italy´s sales to USA were US$ 167 million, but when compared to the figure in 2008 which was US$ 237 million, the decline is significant. The probable explanation is that the strong financial crisis actually led to the closing down of many Italian granite processing companies. The country to watch is Saudi Arabia, it was a negligible player till 2010 in US but in 2013 exported US $ 8.3 million to US. 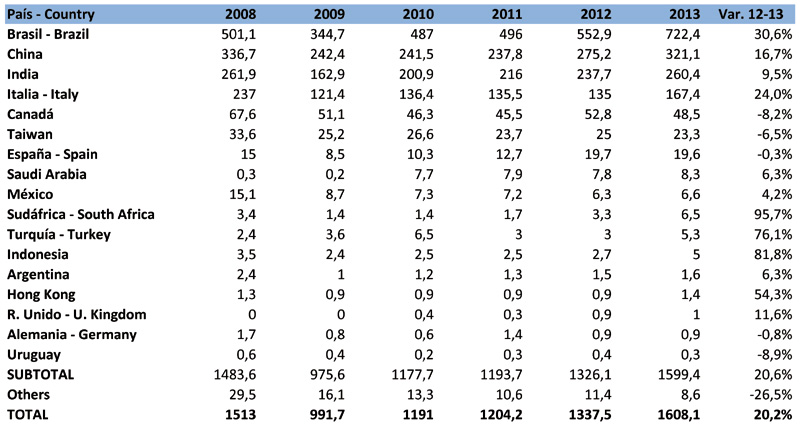 Slate is sometimes considered a minor item in international trade and the statistics for USA imports only seem to confirm it: total slate imports in USA in 2013 were US$ 68.3 million, a relatively small figure compared to US$ 1.6 billion for granite and US$ 1.36 billion for marble. China is supplier for almost 50% of the total imports, followed by India, Brazil and Canada. The figures seem to suggest a stagnant market in recent years, and even in 2013 was almost 40 % less than the peak figure reached in 2008 of US 101 million.

Clearly, the US market for stone has been recovering since 2012 as revealed by the statistics provided by the United States Trade Commission. The impressions gained from the 2014 Coverings fair and anecdotal data suggests that 2014 will show an even bigger increase imports in the USA. The statistics, of course, do not shed any light on payments situation, a key factor in the decision making process of many stone exporters who got severely burnt during the financial crisis and suffered huge losses in the US. Neither do the statistics reveal market trends, but for that we have another article in this web.