Galicia granite industry - after the crisis 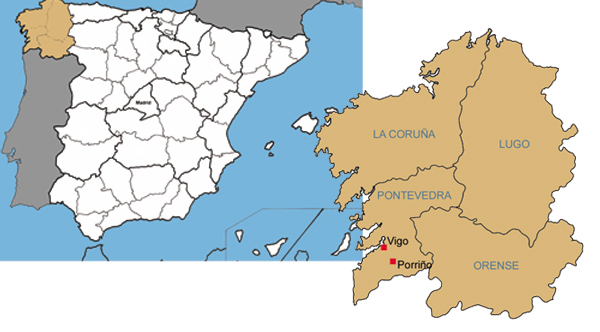 After the crisis? Is there a mistake in the title, is this magazine out of touch with reality? But is not Spain still in the middle of the worst economic crisis in 80 years? And are not Spanish companies of all kinds still closing down on a daily basis, after 5 years, leaving huge unpaid bills?

All relevant questions. All of the above is true. But no, there is no mistake or confusion in the heading of this article. Amidst all the bad news coming out of Spain, there are some bright spots too. And one of them is this- the Spanish granite processing industry, now mostly geographically restricted to the region of Galicia, in the north of Spain, around the second half of 2013, crossed the point of inflection, and now there is a dramatically different outlook for the industry.
A lot has changed since the fast growing industry a decade ago when, boosted by an unprecedented building boom all over Spain, the granite companies made record profits, looked unbeatable, and seemed poised for infinite growth. But once the construction industry boom in Spain collapsed, along with the financial crisis which began in 2008, the stone industry of Spain went through a wrenching, nightmarish period.
But in early 2014 a different granite industry (and, indeed, a marble industry) exists in Spain. Many companies have shut down, and the processing capacity of granite in Spain is now mostly restricted to the region of Galicia in the northwest of the country. Some simple facts say it all-in 2003 Spain processed around 17 million square metres of 2 cm equivalent slabs. Ten years later, the production is around 5.5 million sq metres. Previously, around 60 to 70% of the production was located in Galicia, the rest of the processing industry was dispersed in other parts of the country. In early 2014, more than 90% of the processing is now done in Galicia.
But if total production is now about 1/3 of what it was a decade ago, and now there are no more than a dozen factories still left standing, two things stand out. First, the survivors are now all working at 100 % capacity. And, second, new production capacity is also being added as some factories are now once beginning to invest in new machinery, gang saws and multi-wire machines and other capability enhancing equipment. It is estimated that another one million square metres of additional production capacity will take place in 2014 only from the as yet announced expansion plans and new machinery already purchased. Speak to any business now, all of them are expecting better financial results in the future. In other words, the general feeling is, whatever may be the situation of the Spanish economy, the granite industry can look forward to better days ahead.
Several factors account for the change in the mood and the prospects. The truth is there was bound to be a limit to the decline.  Reduction by almost 2/3 in capacity is dramatic by any standards. But sometimes overlooked is that there are genuine, solid competitive factors in favour of the industry in Galicia.
Consider this- within a radius of only 50 km, there are a wide range of granites being extracted, something that possibly no other industry in the world can boast of. Just to name them- Rosa Porriño, Gris Mondariz, Gris Perla, Gran Perla, Crema Terra, Blanco Atlántico, Amarillo San Martino, Blanco Castello, Gris Alba, Silvestre Moreno, Blanco Alba, Blanco Plata, Crema Julia, Rosavel, Grissal, Albero, Silvestre Barcavella. These materials have usually excellent technical characteristics in terms of strength, porosity, quality of polish, etc. The fact that some quarries are located across the border in Portugal is irrelevant, since Porriño is only around 10 km away from the Portuguese border and there are no customs or other restrictions within the EU.
SOME GRANITES ELABORATED IN GALICIA

Yes, there is a big demand for premium granite materials in the world, the exotic stones from Brazil, the blacks from India and Africa, the high priced Nordic materials, etc. and that is where the big profits are. What people sometimes tend to forget is there is also a huge, much bigger demand for lower priced commercial materials in the form of slabs and this demand exists all over the world. And where is the competition for slabs of these clear coloured materials? Italy simply does not have the same wide range in this segment, and, moreover, the Italian manufacturers have not been making new investments the way the Spaniards have been doing so. Of course, there is China, but China gives competitive prices in tiles, not so much in high quality slabs. To produce high quality big sized slabs one needs to use modern techniques of extraction in the quarries, an area where China still has some way to go. Moreover, the Chinese industry is currently in a phase of turmoil, with all kinds of input costs rising fast.
The fact that the modern and efficient port of Vigo is so close to the factories, only 15 km away, is another formidable competitive advantage, as any factory owner of the world whose location is often hundreds of km away from the nearest port will recognize fast. Thus transport to the clients in distant countries is cheaper and faster, and an additional advantage is also in receiving the blocks from Africa and the Nordic countries, which are also processed in other countries. 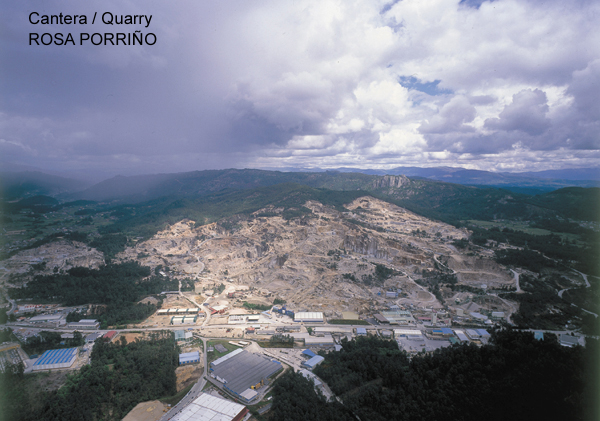 Thus the location of quarries of a fairly wide range of commercial materials close by and a port just a few minutes away are formidable, structural advantages and which are not easily replicated elsewhere. There is another too- a genuine local culture of stone as any visitor to Galicia will note, with granite being used just about everywhere. There is no shortage of highly qualified and knowledgeable people at any level of the industry. Constant updating in installations, especially in the boom years, has meant that the Galician granite factories that have survived, can boast of some of the most modern machineries in their factories and they have the knowledge to make full use of the potential. Be they gangsaws, multi-wires, polishing machines, etc. - they are all of the latest technology.
The fact that the “core” materials of the Galician factories are of the cheaper variety has meant that gross margins tend to be low, and there has always been an obsession with reducing costs. In places where the granites being processed are of the premium kind commanding high prices, it sometimes does not matter whether a factory has 1 or 2 Euros per sq metre higher production costs compared to its competitors. Even the higher cost factory working in an area where premium materials are extracted, will usually be profitable, less than the most efficient, but still can give satisfactory profitability to the shareholders.
This luxury is not available to the Galician factories that have always had to be very focused on improving efficiency and constantly trying to reduce their costs per sq metres. The tiniest cost reducing activity in the factory is taken up with great seriousness- a difference of a small fraction of a euro per square metre makes a difference.-it has meant the difference between survival  and closure. Given the severity of the crisis in Spain where demand went from infinity to almost zero overnight (and has stayed there for five years), it is no exaggeration to say that the granite factories of Galicia are the most competitive in costs n the world by far.

Five years after the onset of the crisis the local demand has still not picked up, and no one is waiting for any significant improvement in the Spanish market as part of their business plan. Survival then, and expansion now, is coming exclusively from exports. Year after year, the exports of processed granite have been increasing fast. Whether it be the markets of North Africa, Latin America, western, central and even east Europe, or Turkey, or the Gulf countries, where so much building is going on, or the east coast of USA, the Spanish salesmen are everywhere, they have been knocking on all the doors- and coming back with orders. The factories of Galicia currently export 70 to 80% of their production nowadays, a sharp reversal of the trend before 2008 when even the biggest exporters were only selling 20 to 30% outside Spain. There is probably no company which is not selling something to at least 20 countries today.
Earlier in the article we have mentioned about the relatively economical slabs being the great strength of the Galician factories that have survived the crisis. The “culture of stone” means the Galician factories can do just about anything in stone, special pieces or complex cut to size projects, which forms the basis of a formidable industry. Mechanised kerbstones and pavements, special sized pieces for any kind of projects, these are not just marginal activities but the core strengths of some factories in the area. No other country except, perhaps  for China, can compete in this segment, and the relatively higher transport costs of these kind of processed stone means that the geographical distance to the client can often be an important and determining factor in who gets the order.

So where does the industry go from here? There is now a clear feeling that from now the only way ahead will be up. The world economy is slowly recovering, especially the US and also parts of Europe, and this can only be good news for the Galician factories since they are geographically closer. China is now investing in modern technology, in the expensive machinery for processing stone, but it also needs to modernize the extraction in the quarries, and that will take some time. The factories in India and Brazil work mostly with local materials which are different from the Spanish ones and, moreover, tend to occupy the upper or middle prices segment of the market. The Spanish companies also work with granites from Angola, Namibia, South Africa, Finland, Norway, Sweden, etc. which means their portfolio of materials is not just cheap greys but also the premium materials from these countries.
In other words, the basis for a recovery is sound. Unless we see another economic collapse in the world, in which case every economic activity will be damaged, the future for the Galician factories can only be bright. No one should be surprised if during the next 1 or 2 years more investors get into the act and some new companies are formed, because that is how the market economy works. The business environment will continue to be fiercely competitive within the industry, the low prices offered by other local competitors has been and will continue to be a constant complaint, but it has always been this way everywhere. The difference is, in this Darwinian world, no matter how tough be the environment, the winners know how to survive and prosper- and the Galician granite industry businessmen have gone through it all. Be sure the world will hear more of them in the future.