The number of countries to which Brazil exported natural stone was 117. The three main destinations were USA, China and Italy, in this order. 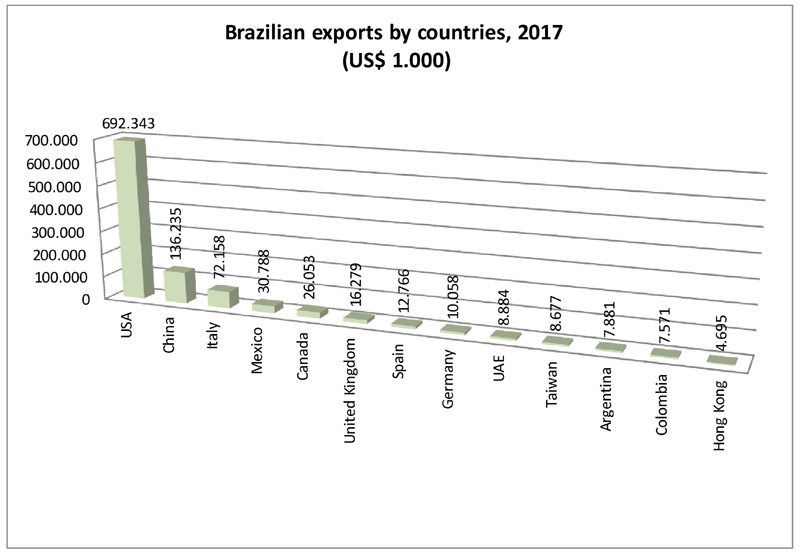 Taking as base the amount of production, exports and import figures, the internal consumption of natural stone in Brazil in 2017 was estimated to be about 3.63 million tons, very similar to the estimated figure of 3.6 million tons in 2016. This figure in 2 cm thickness equivalent would be 67.3 million sqm.