Basalt is the commercial name of a family of peculiar volcanic rocks, which takes place specifically in southern region of Brazil, in the States of Rio Grande do Sul and Santa Catarina. They are applied widely to civil construction in special respects of ornamental use, often for floor, wall, and pavement.

In the State of Rio Grande do Sul, south Brazil, there are early Cretaceous rhyolitic pyroclastic flow deposits characterised by ultra-high grade welding and extremely developed secondary flow. They are underlain generally by early cretaceous Parana Flood Basalt (about 125 Ma), but sometimes intercalate basaltic lava flows between their cooling units. The total thickness of the pyroclastic flow deposits is about 350 m at Atlantic coast region, but it becomes thinner to the west, and finally they disappear in an interior region of South American Continent. The eruption centre is supposed to be present in Namibia, West Africa. At least five cooling units of the pyroclastic flows have been recognised and each one is little more than 50 m thick.

The lithological aspects and construction material utilities of this welded tuff is highly variable within one cooling unit according to the level. The basal part of a cooling unit is composed of glassy obsidian. In this part, the rocks are physically brittle, and vertical fractures are well developed. Therefore, the rocks are not suitable for noble construction material or road gravel. However, because of its deeply black colour (Brightness=18, after quantitative rock colour evaluation of Motoki), they are applied to the construction of multi-colour wall and ornamental pavement (Fig. 2). The middle-upper part of a cooling unit is of dark grey (Brightness = 45) and mechanically hard and solid. In some few localities, there are highly developed sub-horizontal parallel fractures originated probably from secondary flowage of the welded tuff. This part is useful for exploitation of rocks as construction material, and many quarries are in operation. The materials called commercially as basalt in the markets correspond to the rocks of this level. Because of weathering and consequent iron mineral decomposition, a part of the rock is coloured in light yellow to dark red. They are applied to semi-ornamental use. However, in many places the above-mentioned sub-horizontal fractures are less developed, being useless for semi-ornamental rock exploitation. Therefore, the rocks are crushed to make high-quality gravel. At the top level of a cooling unit, the rocks became darker in colour and mechanically less resistant. They are extracted as low-quality gravel. 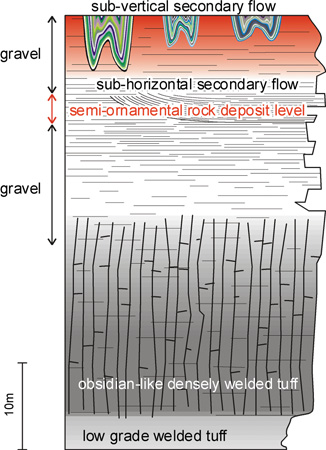 Before 20th century, basalt was extracted and used only for bulk block use, as territory division walls. Entering into the 20th century, commercial mining and civil engineering applications started, e.g. urban street pavement and wall construction. Nova Prata city, State of Rio Grande do Sul, is the centre of basalt production.

In case of ornamental rocks, e.g. granite and marble, they are extracted from the outcrops of the quarries in blocks using diamond wire cutter, afterward they are sliced in 2 cm thick to make polished rock plates in large factories. However, in case of basalt, the quarry mining and industrial reforming processes are widely different. At the level in which the horizontal parallel fractures are well developed, the rocks are mechanically firm, but not so strong as granite. Therefore, they are easily "cut" by manual works using a chisel and a hammer . Drilling machines and diamond cutter are unnecessary. 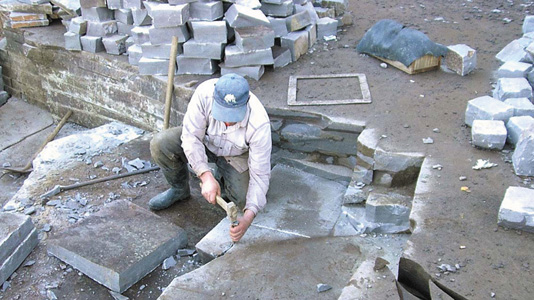 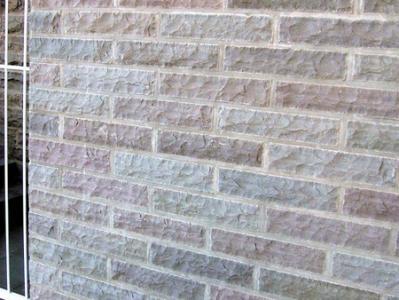 According to the interval of the parallel sub-horizontal fractures, three different types of commercial products are shipped from the quarries. Where the parallel fracture interval is close, from 5 to 10cm, the rocks are cut to make square floorboard stones (40 x 40 x 6cm), called locally "laje". The floorboard stones are the most important products of basalt and applied mainly to building floor and urban street floor pavement. The pavement made up of basalt floorboard stones with ornamental configuration sometimes takes place in the cities of this region.

At the level in which the fracture interval is wider, from 10 to 15 cm, parallelepiped pavestones (10 x 10 x 20 cm), called locally "paralelepípedo", are mainly produced. They are, in fact, considered to be less noble products than the floorboard stones, and used for non-ornamental pavement of roads. Where the fracture interval is very wide, more than 15 cm, fundamental stones (18 x 25 x 50 cm), called locally "alicerce", are produced. In any case, the sub-horizontal parallel fractures are a fundamental factor for quarry installation and operation. 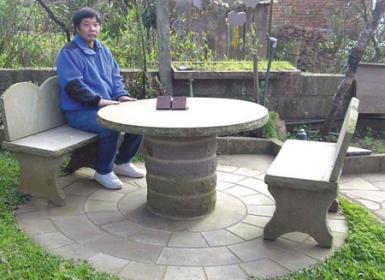 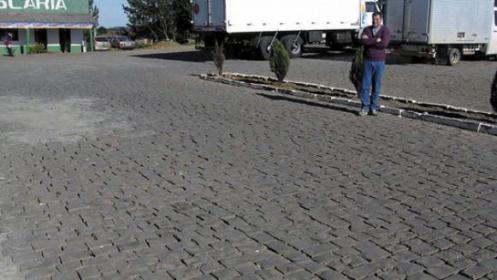 During above-mentioned operations, a large amount of rock morsels of irregular shape are dejected. Some of these rock fragments are large enough; in this case, they are applied to special type of street floor pavement . The small fragments are crushed and shipped as gravel for general construction.

Some of the rocks extracted from the quarries are submitted to refined manual cutting in small manufactories to make high quality and just-sized floorboard stones and wall stones. Few factories cut and slice them using machines in order to make plates of 2.5 cm thick. The products are often used for floor and step with resin surface protection, called popularly varnish painting.

General colour of basalt is dark grey, but in rare cases, they are slightly coloured in yellow, pink, green, blue, purple, etc. The colour grade of these rocks is very low (40< Saturation <60), therefore they are classified to be "slight-colour rocks". 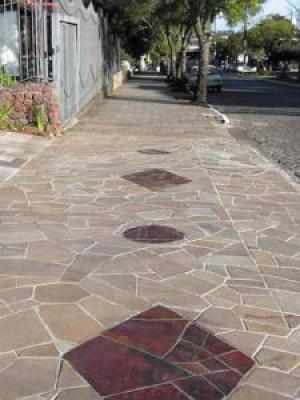 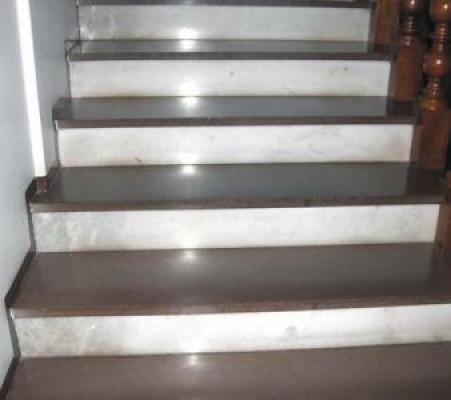 Some civil constructors of Nova Prata apply them to make peculiar and beautiful colour-mosaic walls. In a special case, basalt is used for construction of wine ripening deposit, so-called "cantina" house. This rock castle maintains constant low temperature and high humidity environment of underground wine deposit during every seasons of the year. 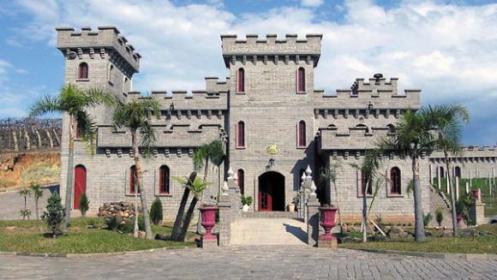 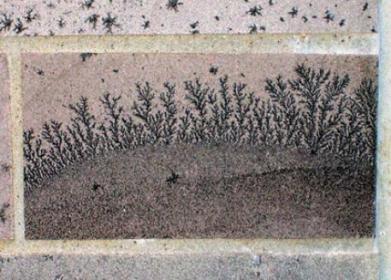 In addition to construction material use, basalt is applied to artistic ones. At Nova Prata, many city monuments are made up of basalt. Ornamental objects, as table and chair, and small goods, as penholder and ashtray, are characteristic materials of the region. One of the special peculiar goods is rock "picture" of pseudofossil. Underground water penetrates along incipient fractures of basalt and disseminates iron and manganese oxide and hydroxide in the fractures. When the rock-fracture is opened by a hammer strike, a picture-like natural art image appears.