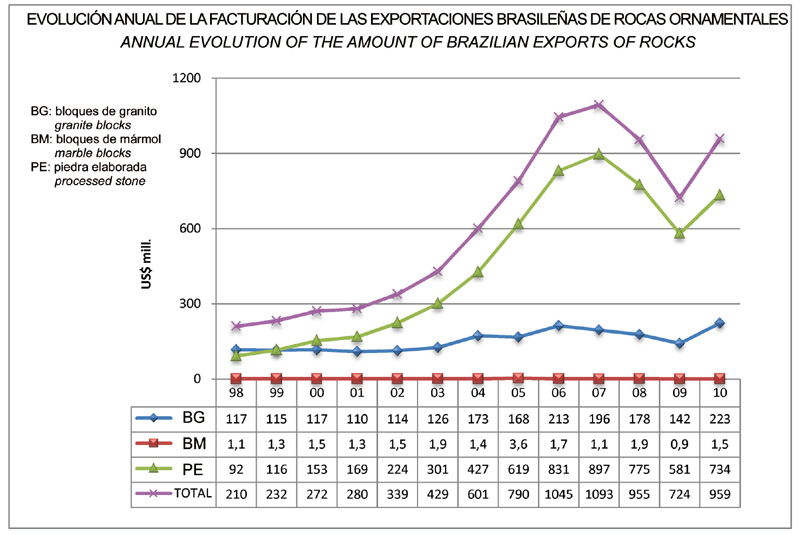 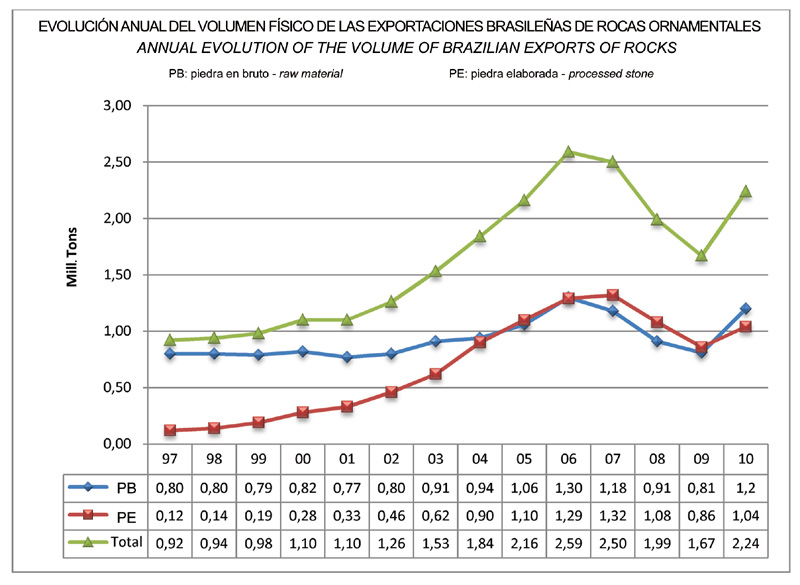 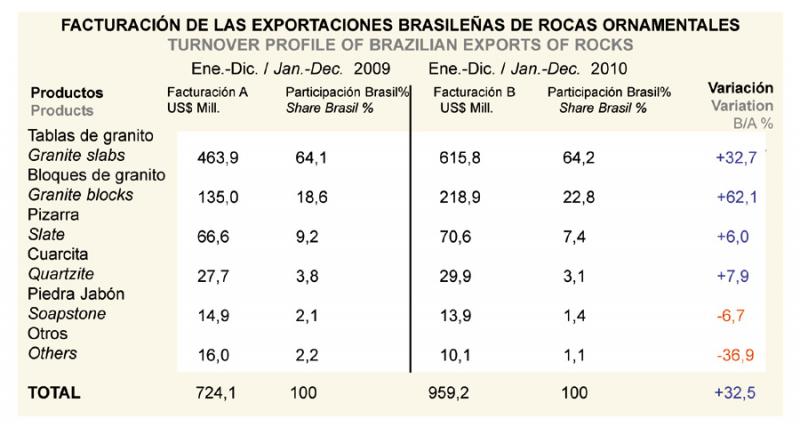 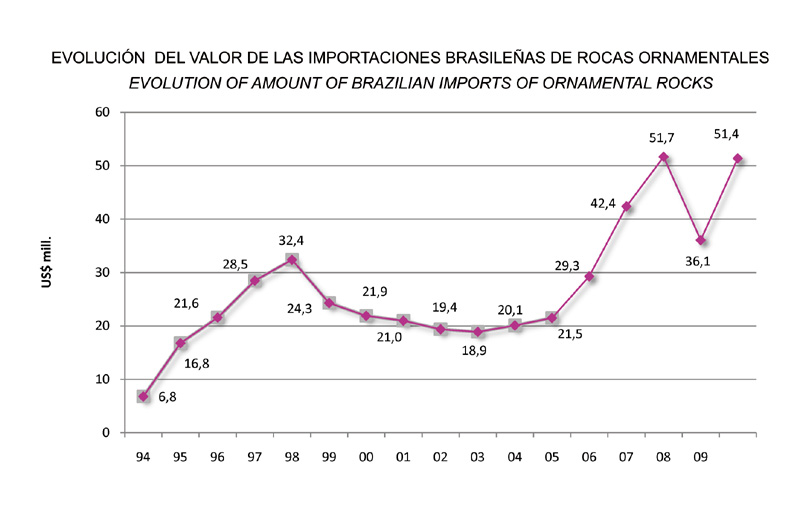 The sales have been increasingly polarized between United States of America (polished granite and similar material slabs) and China (granite blocks). The exports to USA represented 79.4% of the total Brazilian exports and sales to China constituted 52.8%. The average price of the exported products to USA was US$ 800 / ton and that of products sold to China was US$ 160 / ton.

As in the case of exports, the Brazilian imports of natural stone went through an important increase in 2010, reflecting an important expansion of the real estate market and the strengthening of the currency, real. These imports reached US $ 51.44 million and 90,939.84 tons with a positive variation compared to 2009 of 42.47% and 36.52%, respectively.

More notable were the imports of agglomerates materials, which reached US $ 25.08 million and 27,717.52 tons, with variations of 40.32% and 44.12%, respectively compared to 2009. The average price of these imported products is superior to that of natural stone materials, both exported and imported by Brazil.

The imports of natural stone materials and agglomerates added to 118,657.36 tons in 2010. These imports represented approximately 2.1 million square metres equivalent to 2 cm thickness, or almost 5% of internal consumption and 15% of the Brazilian exports in 2010.