According to the study realized by Cid Chiodi Filho for the Brazilian association ABIROCHAS and released in the first months of 2013, the exports of the country of ornamental rocks were 1,060 million US$ in 2012, out of which 76,8% consisted of processed stone and the remaining were rough blocks. This figure was 6,08% higher in value and 2,27% higher in physical volume compared to 2011. The following tables highlight the most significant aspects of the Brazilian industry. 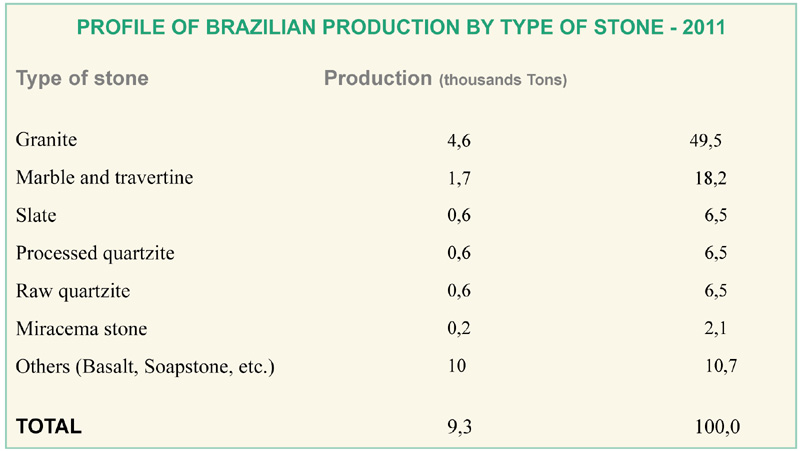 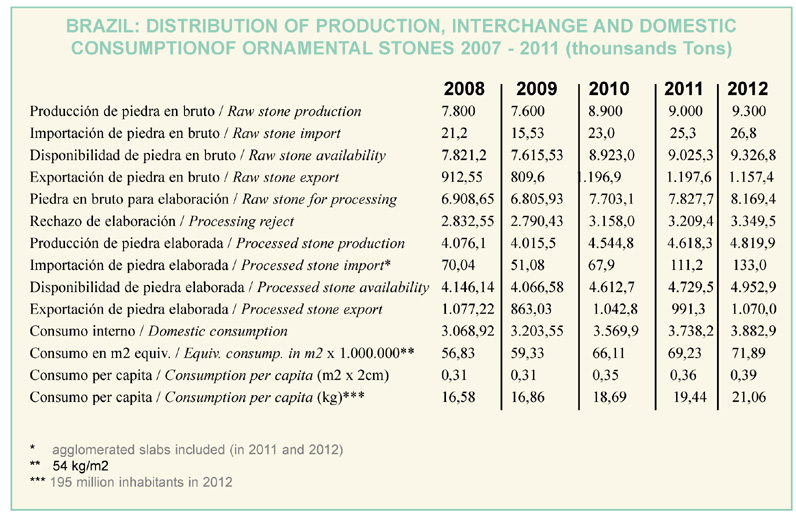 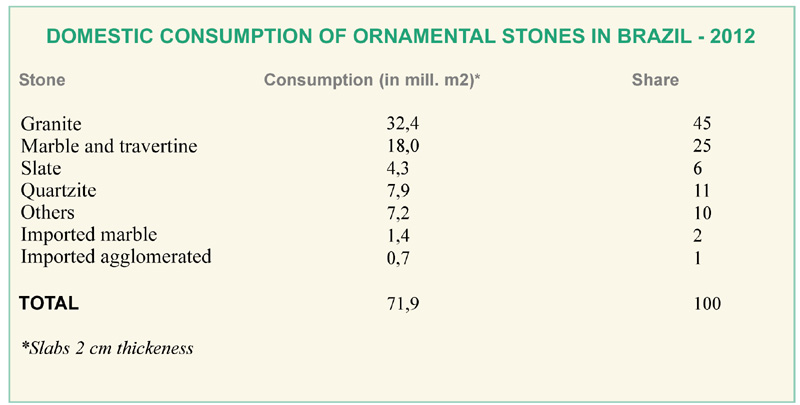 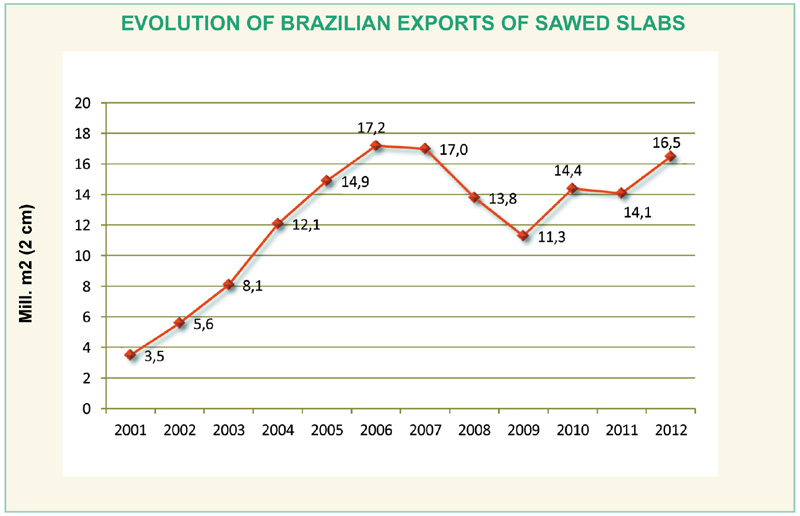 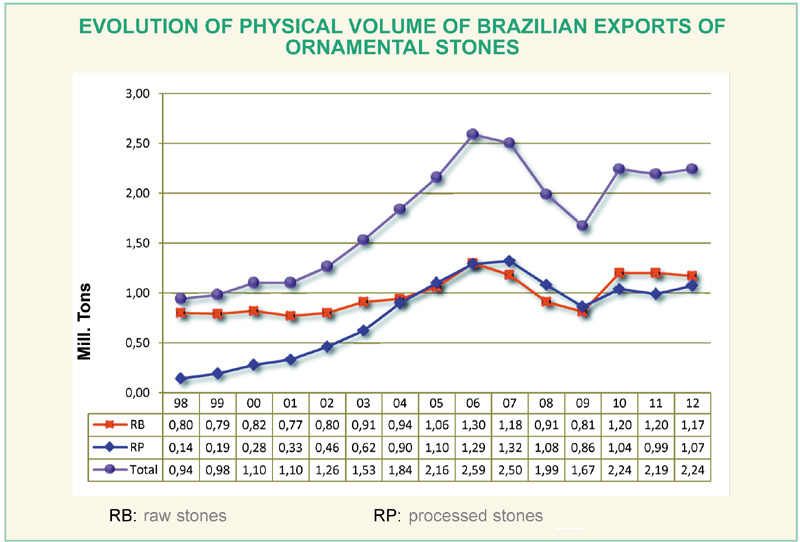