In the Galaxy of stone there is one star that has been shining brightly for over 35 years now. This star is none other than the Indian granite, “Black Galaxy”. This granite from India is also known by various other names including Star Galaxy, Galaxy granite, Ongole Galaxy etc. The allure and endurance of this granite has been tremendous over the years with an estimated sale of almost 10 million cubic meters of this material over the years. 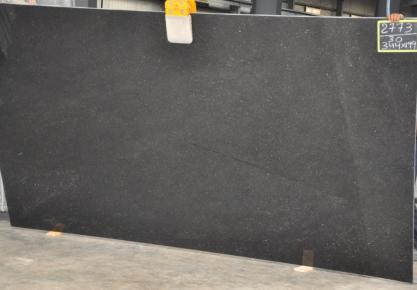 The Black Galaxy granite has a black background with gold colored specks in it. The gold specks are due to the presence of ferrous rich Enstatine (Bronzite). The technical geological name for this granite is Gabbric Anorthosite. The material has a hardness of around 4.5 on the Moh's scale which can be termed as moderately hard. The material takes on a very good polish. The ideal use of this material is in interior applications. Black galaxy can be broadly divided into three types based on the size of the gold colored specks: 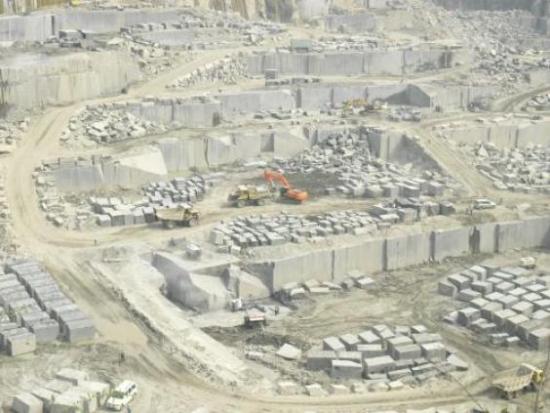 Black Galaxy quarries are located in a village by the name of Chimmakurthi in Ongole district in the State of Andhra Pradesh in India. The location is about 350 km north of Chennai. One can reach the quarries by road in around 5 to 6 hours or by a convenient train from Chennai (around 6 hours) to Ongole, and then on to the mining areas by road. There are around 40 quarries spread over 400 acres of land. The sizes of the quarries range between 2 and 20 acres each. The quarries are quite mechanized. The equipment in the quarries has been constantly updated and it is common to find the latest mining machinery in operation in the quarries. 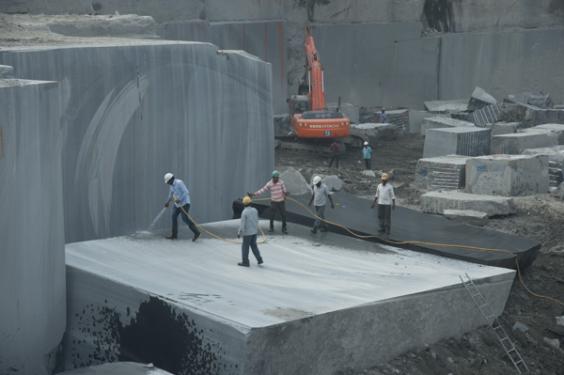 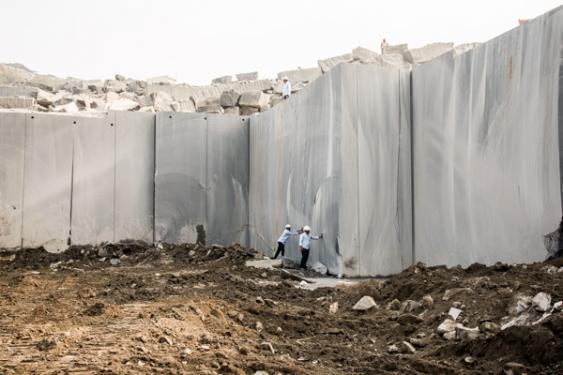 The main issue for the quarry owners has been the poor recovery of material from the quarries. In almost every quarry the area that has good deposits is very limited. This has raised significantly the cost of quarrying. However, in spite of these negative factors, the output is reasonably high for this colour considering that it is one of the more expensive granites in the world. Most of the deposits are below ground level. There are variations of white lines and black lines in the material in almost all the quarries. During last 5 years in some quarries Black Galaxy is being extracted from depths of over 100 metres. This, in turn, has made it imperative that strict safety measures are adhered to while quarrying.

As is the case with most granite and marble quarries all over the world, mining is not done on a scientific basis and the emphasis has been on the extraction of maximum amount of material.

Around 20000 CBM to 25000 cubic meters (CBM) of Black Galaxy granite is produced every month. Only 30% of this volume is made up of big blocks and which are commonly called gang-saw size blocks. These are blocks of sizes above 2.40m x 1.20m x1.00m. The prices for these gang-saw size blocks range between US$ 1800 and US$ 2200 per CBM (FOB Chennai port). Prices are fixed base don the number and colour of lines in the blocks. 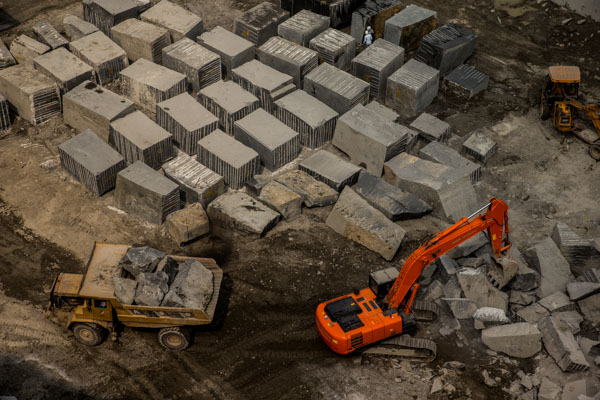 Around 15 years ago the European companies would buy the big blocks for processing in their factories but the granite industry in India has developed so much in recent years that European companies now mostly purchase only slabs and tiles. Over the last decade or several processing units have come up closet o the quarries. There are now over 20 factories processing big sized blocks in Ongole itself. There are also more than 60 factories  processing small blocks of Black Galaxy in Ongole. Big sized blocks are rarely exported these days

The smaller blocks of Black Galaxy are mainly exported to China. The Chinese market used to have a good demand for the small blocks. The pandemic saw a significant slowdown in exports of blocks to China and the construction industry slowdown in China means exports  of blocks now remains much lower than before the pandemic. Slabs of Black Galaxy are exported to just about every country in the world.

The main ports for export of black galaxy blocks are those of Chennai and Krishnapatnam. The quarrying and processing in the area provides employment (direct and indirect) to about 250000  people,making the world of Black Galaxy a very important economic wealth creator.

Note: Thanks to KSG for the potos provided and Dr CH Rao for his inputs.