As an ancient civilisation with so many memorable monuments and sculptures bequeathed to the world, and use of marble providing a testimony of its glorious past, it is but natural to ask the question, what were the Greek marbles used in antiquity. This article is a brief description of the marbles of ancient times, and the wonder is many of them are still being be used today.

Our thanks to the Greek magazine Marmor and to Mr Panos Tomaras for their help and information provided for this article. 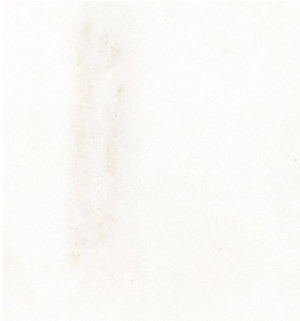 The Pentelikon marble was used in the construction of the Parthenon, the Erechtheum, the Propylaea of the Acropolis, the Theseum, the temple of Olympus Zeus and several other temples and monuments of Athens and other ancient Greek cities.

Today, in the same area of the ancient quarries, at an altitude of 700 m, there is still one quarry front which is in good condition. It is the first marble in Greece that is exploited in an underground quarry. It is now called Dionyssomarble. While previously it was of pure white colour the marble extracted today is no longer so and has some grey colour. It has been widely used in decoration and architecture and is highly suitable for exterior areas and sculpture. 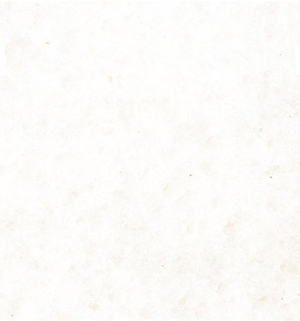 This marble was discovered in Thassos by the Phoenicians, who, in 24BC had turned the island into a big navigation centre. The old quarries were very close to the sea. They were operated mainly in the Classical and Roman times as well as in the Byzantine era and were widely used by the ancient Greeks and Romans. There are several references to Thassos marble in ancient records. One of them goes as following: Seneca when visiting the mansion of Scipio Africanus in Rome, and appreciating the character and simple living of the man, mocked his fellow citizens, the new aristocracy of the 1st century A.D. for their lavish lives without intellectual pursuits, and wasting time with questions such as how to decorate their houses with marble, was answered, "But who in our times could bear such an old fashioned bathroom like that of Scipio? We consider ourselves poor and meagre if our pools have not been veneered with Thassos marble!" The famous French archaeologist Tony Cojeln has described the procedure of quarrying and transport of the marble to its final destination. Thassos white marble is made of small crystals which are placed with their A6 axes parallel, that is why the marble seems so bright and sparkling. Today more than 15000 cubic metres are quarried per year and most of it is exported all over the world. In the quarries diamond wire frames are used while the use of explosives is very limited. Thassos white has the greatest density among all marbles which is 2850 kg/m3. It is suitable for interior and exterior use and is produced in slabs, tiles and cut to size products. It has been used in many projects all over the world. 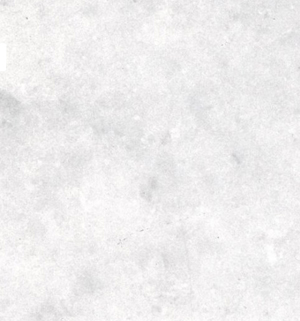 In ancient times it was extracted in the quarries of Apollo, and even today there are signs of the ancient enterprises. This marble was white with a light ash - coloured shade and with darker zones and veins, while ash coloured grains were sometimes scattered all over the surface. The colossus of Apollo, a semi-finished statue of 10,5 m and weight of 50 tons, was made of this marble and it was found inside a quarry that was specially developed for the statue. Incidentally since the marble looks good, without any serious, natural defects such as a crack or holes so it is assumed that the statue was abandoned because or technical or financial problems such as the owner not being able to pay the workers and the sculptor. Another theory is that pirates may have taken away the workers as slaves, something that happened frequently then with the quarries being close to the seas. Today this marble is no longer quarried, though there is another type of marble, the semi-white crystalline of Naxos (Naxos crystal) which is quarried in the centre of the island.

This Marble is of inferior quality (semi-white) which is quarried on the surface of Paros. It is rather grey and its use is somewhat limited. It is even used as gravel. It has nothing to do with the famous Lychnitis Lithos (now called "marmo duro").

This material was quarried in ancient times in Epirus. It was a compact limestone characterised by a yellowish colour with a light pink shade and red veins there are also unusual contours of grey colour. The pink limestone has been used for the construction of the bathrooms of the royal palaces of Athens and Tatoi, and the veneers of the lobby of the Archaeological Museum of Athens.

It is a nice material which is used in new projects, for example, the village cinemas in Athens. It is mostly used in small quantities as a decorating material. It is characterised as a nice material with difficult production, meaning big losses in extraction. The main quarry is currently not active. 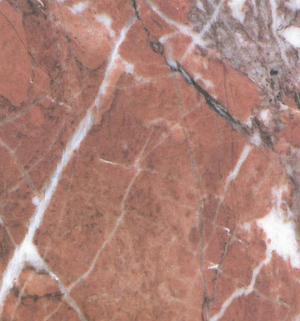 This marble owes its name to the ancient city of Eretria where one can see today the remains of the port and the acropolis. The presence of ancient quarries, 3 km north of the city, confirms that the rock was widely used during the archaic and Byzantine times as material for use in temples and buildings. This marble has high granular mass, high break resistance, and great hardness making it easy to polish. There is a wide range of shades in brownish-red, pink, white and green-ash colours. The white and ash areas form veins of various shapes and sizes. The marble of Eretria is used for decoration of interiors and buildings, due to the vivid colours that make fine and various design combinations. It is, however, extracted in small quantities. 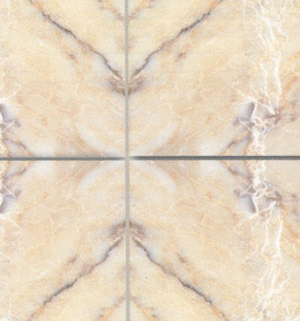 The name comes from the stone extracted in ancient times on the island of Skyros, north Sporades. The different varieties are:

Skyros Grec Chiaro: This marble has a white background with designs of colourful veins. It contains 98% CaCO3, a few silicon, little iron and traces of manganese. The colour of its veins is due to the included haematic, but also due to the segments of magnetite, which give the rock a metallic view, similar to that presented by the veins of the conglomerates of Seravessa, Carrara and Versilia. This marble is suitable for interior uses and for the construction of pillars and arches but which are not affected by the environmental factors. The stone is a homogenous and compact rock. It has red background veined by yellow lines. The colour shades of this marble are especially profound and are due to the haematic, the manganese that provides the red colour and the silicate compounds of the manganese which cause the iodine colour shades of the marble. The yellow colour of the veins is due to the contained limonite. It is exported all over Europe. 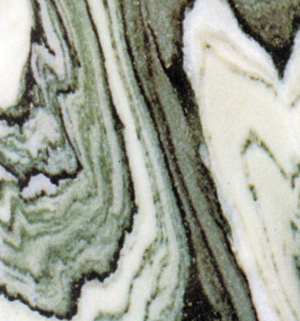 It is one of the most famous marbles of Greece because of the special shape of the veins. The stone was famous in ancient times by the name "Karystia lithos" or "Karystio marmaro". The Romans called it as "marmo carystium" because it was produced near Karystos, in south Euboea. The marble "cipollino antico" had a light green colour, with dark green veins, a characteristic that makes it distinct from the modern cipollini. The word cipollini is due to the resemblance of the veins of this marble with that of an onion. It is characterised by white crystalline structure and contains colourful mica and talc. One can often see white and red areas on this rock.

Stazio Papinio, a poet who lived in the 1st century B.C., called this marble cipollino with sea waves because of its resemblance to it in both colour and shape. There are various varieties of this marble, such as "mandorlato verde" with green veins crossed in white background, "mandorlato rosso", with red background and red strips and "cipollino marino", characterised by a white compact mass with numerous thin veins of deep green colour. Samples of this variety can be seen in Villa Albani near Rome.

It is mostly produced in slabs or tiles of size 30 x60 x 2 cm and 20 x 60 x 2 cm. The best quality stone is sold at high prices and is used mostly for expensive and luxury construction. It is also used in churches. Apart from its beauty and popularity it is considered to be a long lasting material. It contains a significantly important of schist and is easily split, a property that makes it unsuitable for sculpture. But it was widely used as rectangular blocks, sometimes of big dimensions, as revealed by the numerous pillars in the ancient quarries of Karystos .It is good for both interior and exterior use. The marble has been used in the last century for the construction of the pillars of the Public Library of New York, the Westminster Cathedral, the ceremony hall of the University of Thessalonica, etc.